It's a disaster! Careers, integrities will be in "tatters" - Baako speaks on Anas' Number 12 exposé 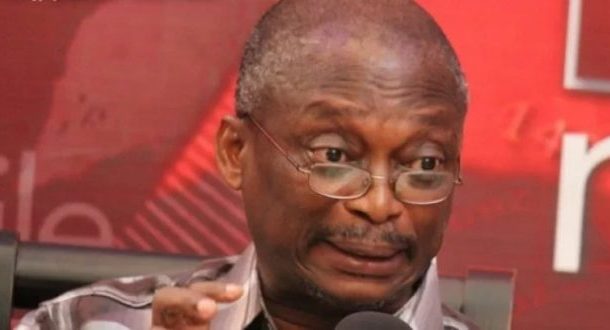 Editor-in-chief of the New Crusading Guide newspaper, Abdul Malik Kweku Baako has stated that the soon to be released investigative piece by ace investigative journalist, Anas Aremeyaw Anas is an explosive work which will end the careers of those involved.

According to the veteran journalist, although some of the person's involved are his friends he can't stop it from coming out because his protege Anas "is a different breed of animal and I have never ever in my life attempted to influence him".

Speaking about the investigative piece titled Number 12, which is expected to expose corrupt practices in Ghana football, Mr Abdul-Malik Kweku Baako told Randy Abbey on Metro TV’s Good Morning Ghana programme on Thursday, 17 May that he felt sorry for those implicated.He said: “It’s a disaster, sometimes we are all human beings with some weaknesses here and there and I feel sorry for some because some are friends. If I had my way, perhaps, I would say: ‘Leave this alone’, but Anas is a different breed of animal and I have never ever in my life attempted to influence him. He brings it, I look at it, we can defend it, I say: ‘Proceed’. So, there are people whose careers or integrities may, perhaps, be in tatters.”The documentary will be shown for the first time at the Accra International Conference Centre on 6 June 2018.