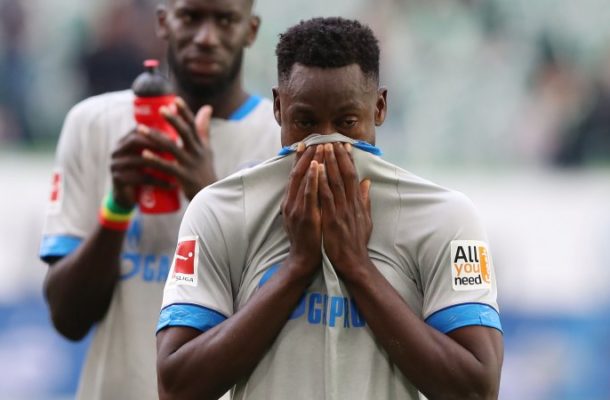 Ghana defender Baba Abdul Rahman has penned an emotional farewell message to fans of  German side Schalke for the unflinching support they provided him during his time at the Royal Blues.

This comes after Chelsea left-back cut his loan deal with Schlake to join the French side Reims on loan until the end of the season with https://www.maxfreebets.co.uk offering odds in the matches the Ghana international will play in Ligue 1.

This transfer comes after the defender terminated his second loan stint at the Bundesliga side following his lack of regular play time.

Baba joined the Les Rouge et Blanc from English giants Chelsea until the end of the season.

The 24-year-old opted to move to France as he wants to revitalize in time to secure a place in Ghana's squad for the next African Cup of Nations.

Despite his difficult second spell in Germany, the left back posted a heartwarming message on social media to the club and it's fans for the amazing time with the club.

"I want to say a very big thank you to Schalke O4 for the time they gave me during an incredibly difficult period of career," Baba wrote.

"It's been an honor to have worn the colors of our GREAT club. I've learned a lot both on and off the field that wants to go beyond football. Me and my family are grateful.

"I wish the club, the fans, the players, the medical team and the technical team, but the best for the remaining season."

During Rahman's second loan stint at the German club, he played only four games in the Bundesliga.

Baba made 23 appearances in his first season at Chelsea under Jose Mourinho during a disappointing campaign for the Blues.

The Ghanaian, however, fell out of favour under new boss Antonio Conte the following season and moved to Schalke 04 on loan for the season.

He then agreed to rejoin Schalke on an 18-month loan in January 2018 but the latest agreement, which followed his recovery from a serious knee injury, has been curtailed so the Ghana international can pick up more game-time.

In total, he made only 26 appearances and scored once across his spells with the German club due to the injury.

Since his debut in 2014, the defender has also earned 24 caps for Ghana at senior international level.