It's unfortunate! – KT Hammond under fire over 'coconut heads' comments 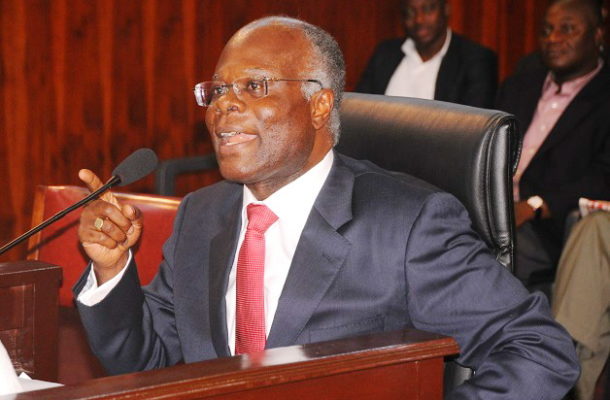 Hon. Kobina Tahir Hammond, Adansi Asokwa Member of Parliament, has come under fire for referring to the youth as having empty heads.

His remark was in response to the booing episode suffered by President Akufo-Addo last weekend at the Global Citizen Festival in Accra.

According to KT Hammond, the jeers from the audience were a sign of disrespect which should not have happened.

He continued by saying that the concertgoers who heckled President Akufo-Addo aren't even qualified to run the nation if given the chance.

As a result, he reprimanded the audience for booing the President off the stage and questioned their capacity to govern the nation if given the chance.

"Let's practice some restraint. The executive President in charge of managing all national matters is Akufo-Addo. He didn't say anything offensive when he got up on stage. Furthermore, it wasn't even a forum for politics. He was simply expressing how pleased he was with the outcome. We shall keep reminding you young people to be patient. The elderly are always consulted by society when a problem needs to be solved. Not you kids, whose heads like coconuts," he chastised.

He added, "At least, it should have even been on a political platform. Don't let politics force us to demean the elderly. You, the youth, cannot be the only ones in charge of the country's governance. In the first place, you won't be able to accomplish it and you won't even understand it. You've kept your beards unruly in town, but your mind is empty."

However, in response, TV3's Johnnie Hughes has fired Hon. KT Hammond, describing his sentiments as "unfortunate" and "heartbroken."

The outspoken broadcaster said on the his Johnnie's Bite segments on the TV3 New Day show Thursday that there is sense in the heads of the Ghanaian youth contrary to the MPs claims.

Contrary to the MPs assertions, the outspoken presenter challenged on his Johnnie's Bite segments on the TV3 New Day show that there is wisdom in the heads of the Ghanaian youth.

"I felt heartbroken, to the extent that at some point he even mention that the next generation literally do not have anything in their coconut heads, and that we don't know anything, and that if they leave it for us we can't do it, that was an unfortunate comment," he fired.

Johnnie Hughes also stated that it was inappropriate for journalists to make fun with the MP's words which sought to dumping the spirit of the young people rather than criticizing him.