I've gained nothing being with Mahama - Omane Boamah 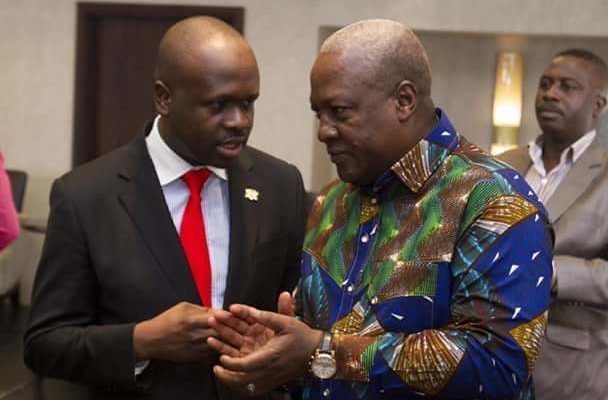 Former Minister of Communications, Dr. Edward Omane Boamah has said being close to former President Mahama has not been beneficial to him.

According to him, contrary to the perception held by his critics he has not made fortunes for working closely with the flagbearer of the NDC.

Dr Omane Boamah has been accused together with other young politicians of building a wall around then President Mahama leaving limited access, while they allegedly enriched themselves in power.

Some political analysts have said if ex-President John Mahama in his bid to recapture power in the 2020 elections once again surrounds himself with the likes of Dr. Omane Boamah, then he’s bound to experience another resounding defeat which will this time around end his presidential ambition.

But Dr. Omane Boamah in an interview on Asempa FM denied such claims insisting that he didn’t profit from being around ex-President Mahama.

“Personally I don’t gain anything by being around any Presidential candidate. If it was possible for me to go away and go to school…, maybe those people pushing this agenda want to be there, they should go there. For me, my politics is built on activism. All I’m saying is that whether you’ll benefit from it directly or you’ll not benefit directly let your works show. Let it no be that you’re expecting some appointment so you’ll be jumping from one radio station to another, no, let there be consistency.”

He stressed that it will be nonsensical for anyone to accuse him of being one of the reasons that ex-President Mahama lost the 2016 elections.