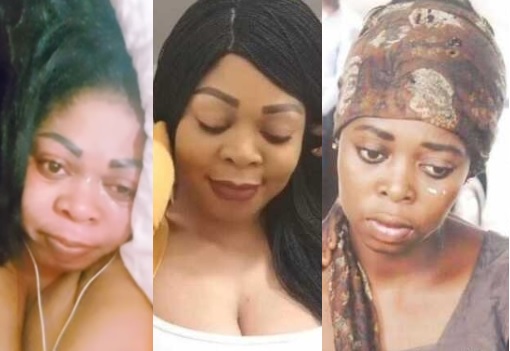 Former HIV/AIDS ambassador, Joyce Dzidzor Mensah has expressed regret and disappointment over the decision by the German government to give her son for permanent adoption in the European nation.

According to her, the decision was finalized by the German government after taking her depression and constant admissions at the psychiatric hospitals into consideration.

Lamenting on the happenings in her HIV life, Miss Mensah indicated that watching her child being taken away for adoption is something she finds very difficult now.

Though this is one of her toughest moment, Joyce has welcomed the fact that she cannot win this fight against the German government as according to her, she could not do same with the Ghana government at a time she sought after her freedom in her motherland.

"They said to me that they haven't seen anyone with depression who got better.....They have finally taken the last decision to give my son for permanent adoption.....how can i sleep watching another woman walk away with my child.......I couldn't fight Ghana government for my freedom is it in Germany that I can win a fight against Germans????

I cannot survive losing my child. My bed is wet with tears. I can't sleep," shes sadly wrote on her Facebook page.

She went ahead to questioned God and her mother over her existence in the world. Joyce sadly named one Festus and also questioned why the former infected her with the HIV disease. The Ghana AIDS Commission and to a larger extent, Ghanaians, were not left out of the blame game.

"God, why did you creat me? Mama why did you give birth to me? Festus, why did you infect me with HIV? Ghana AIDS commission why did you use me, abandoned me to die in pain? Ghanaians why can't you remember anything good i have done for your children?" she rhetorically quizzed.

She concluded that she had paid for the price of fornication, the act which she admitted led her to contracting the deadly virus. She desired that she was dead.