I've recorded myself having sex in the past - Yvonne Okoro admits 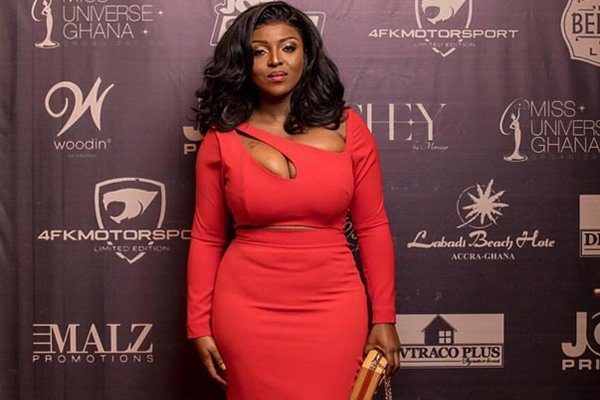 One of Ghana's top actresses, Yvonne Okoro has said she once filmed a sexual encounter she had with her ex-boyfriend.

According to her, this happened long ago and that she later regretted taking such an action in the first place.

There has been news circulating that the 'Cooks and Braggarts' TV host has a sextape with Togolese footballer, Emmanuel Adebayor.

Reacting to the rumours on Accra-based Hitz FM, she denied ever dating the former Arsenal and Manchester City striker.

“I’ve done that once when I was young. Listen it was my ex ex ex-ex-boyfriend and I regret it because that time I wasn’t in the industry so I was like God, what if one day, what if one day,” Yvonne Okoro said.

The ‘4 Play' actress was, however, quick to add that the said sex tape no longer exists and cannot be used to blackmail her. According to her, she ensured that the sex tape was deleted after it was recorded.

She went on to describe such moves as “silly”, but added that she did it because she and her partner felt bored and wanted to try something “spicy”.