Jamal Amofa speaks about his season with ADO Den Haag 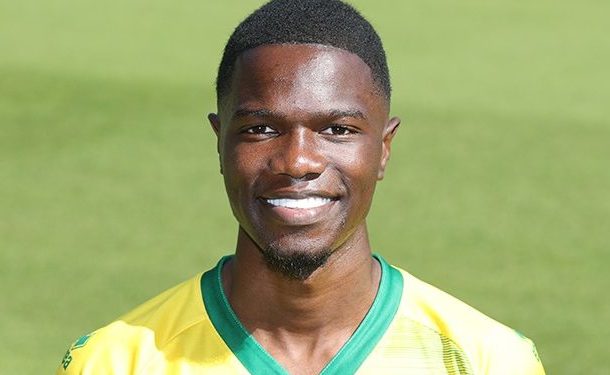 In recent weeks, Jamal Amofa (photo), the central defender of ADO Den Haag, has been gaining enormous popularity. Not in the least because of his unbridled commitment and mentality of never giving up. The supporters of The Hague have also already started an action under the name: #Amofamoetstay.

The native from Amsterdam missed only three games in the competition this season. Once due to an injury, once due to a suspension and the match against FC Emmen, because he was saved for the post-competition. Nevertheless, the 23-year-old defender was told that his adventure at ADO Den Haag is over after this season. A decision that has been revoked, if we are to believe trainer Giovanni Franken after his interview with ESPN after the match at FC Eindhoven. It remains to be seen what will happen after the season with Jamal Amofa and ADO Den Haag.

If we went back to that tumultuous summer with financial problems and roster building and I told you we would be in the finals of the play-offs at the end of the season, what would your answer have been?

“To be honest, I wouldn't know that yet. We didn't know where we stood when the season started. But from that first match against Jong Ajax at home I noticed what kind of team and what motivation we had. That we could count on each other as a team. I had the feeling that it would be fine.”

The first period title was won and there was always a dip, but you came out of it every time.

“We just stayed together as a team. Then you also get to know your fellow players better and we grew closer. We became a closer team.”

Is playing that final in the play-offs a nice end to a special season?

,,For the team, that is 100% a good end to this season. It has also been a special season for me. I'm off to a good start. After that it went a bit less, but the coaching change has done me very well. I have regained my confidence in my own position. I see myself growing weekly and I can enjoy that.”

Around that coach change, it was also announced that your contract was not extended. You already indicated that the coaching change has done you good. Did canceling your contract also give you a boost to come back even better?

,,That coaching change has certainly done me a lot of good. Franken has given me confidence. I was allowed to play in my position again, he also gave me compliments. We also had conversations about what exactly he expected from me, which did me good. But it was certainly also a motivation that my contract was not renewed. I still wanted to put myself in the spotlight. I couldn't put up with it, because then you only have yourself with it."

With a final against Excelsior for promotion to the Eredivisie you can put yourself in the spotlight.

,,Yes, I really liked the match against FC Eindhoven and I really wanted to reach that final. Now we can finish it off nicely as a team and I as a player.”

Have any clubs been with you for the new season?

,,You have to go to my agent for that. I am fully concentrating on ADO Den Haag, the play-offs and myself. That doesn't work for me at all right now. I will only worry about that after the finals.”