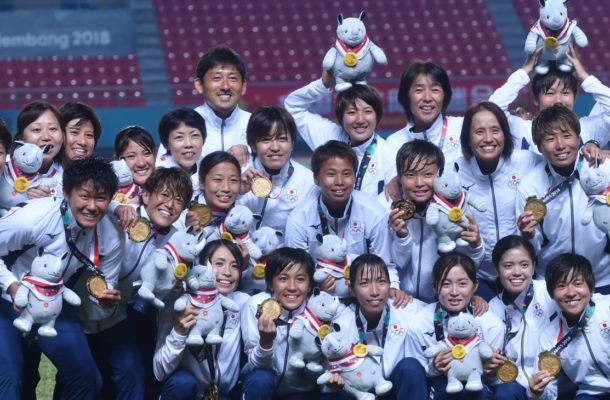 Tokyo: A new breed of Japanese youngsters will get a taste of top level action, and potentially enter the FIFA Women's World Cup selection frame, after head coach Asako Takakura named a youthful squad for the SheBelieves Cup in the United States.


The Asian champions will face hosts and world champions the United States, as well as Brazil and World Cup opponents England in the competition, which begins in Philadelphia on February 28.

With seven uncapped players, and 12 players under the age of 23, the squad provides an opportunity Japan's talented young brigade to appear on the senior international stage just three months before the global Finals in France.

FIFA Women's U-20 World Cup winners Moeka Minami, Asato Miyagawa and Jun Endo are among the call-ups, while Rikako Kobayashi, Risako Oga and Arisa Matsubara have been rewarded for strong form in the Nadeshiko League.

Such an influx of new faces means there are notable absentees, particularly in attack, with key players Mia Tanaka, Mana Iwabuchi and Yuika Sugaawa all missing, although AFC Asian Cup Final hero Kumi Yokoyama will make the trip to the US.

Japan enjoyed a superb 2018, winning the AFC Women's Asian Cup in Jordan before also claiming the gold medal at the Asian Games in Indonesia, but they struggled in the US-based Tournament of Nations, where they lost all three matches.
Japan Squad