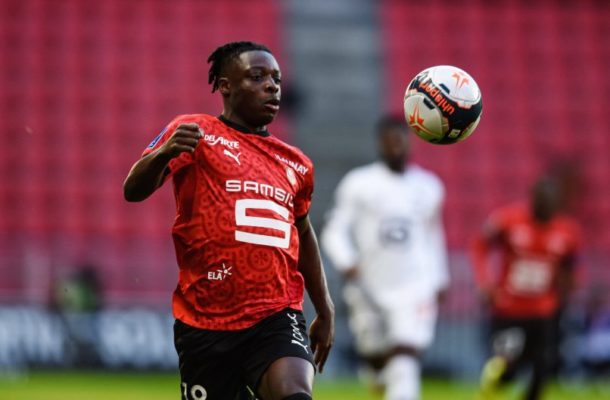 Stade Rennes knew they were buying a gem when they shelled 25million euros for Belgian born Ghanaian winger Jeremy Doku in the summer.

The only problem is that he has taken a very long time to hit the ground running for his French Ligue 1 side since joining from Anderlecht.

But on Sunday against cash strapped Girondins Bordeaux, he proved why there was a lot of talk about him in his native Belgium as his side recorded a narrow 1-0 loss.

The 18 year old was on the losing side at the Nouveau Stade de Bordeaux but he was simply unplayable.

Statistics made available by the French ligue 1 revealed the winger managed 15 dribbles with 12 of them successful.

It is a record in the French Ligue 1 as the most single successful dribbles with the record being held by Brazilian star Neymar with 11 dribbles in PSG's game against Lyon in December 2020.

The Belgian International has scored two goals for his new side in 27 appearances with two assists for his side.