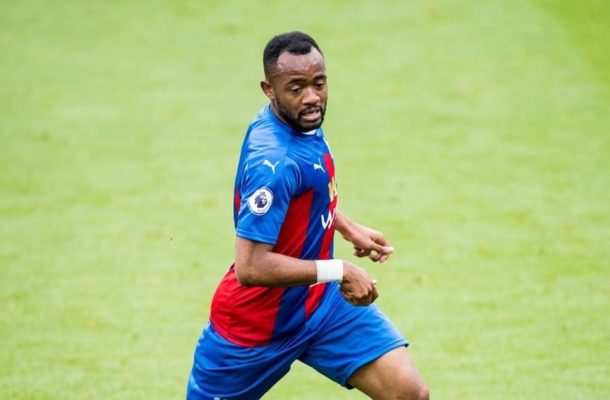 Ghanaian international, Jordan Ayew continued from where he left off last season, scoring a quick second half brace to help his club Crystal Palace secure a comprehensive 3-0 friendly win over League One side Charlton Athletic on Saturday.

The Selhurst Park player of the season for the 2019-20 campaign struck twice in the second half before being substituted for JK Gordon in the 83rd minute.

The 27-year old opened the scoring in the 63rd minute following an entertaining but goalless first half of the preparatory encounter.

Ayew finished his brace four minutes later when he tapped home from close range before Zaha wrapped up a 3-0 win for Palace two minutes from stoppage time.

Meanwhile, his compatriots Jefferey Schlupp and Malachi Boateng were introduced into the game to replace Eze and McArthur in the 46th and 76th minutes respectively.