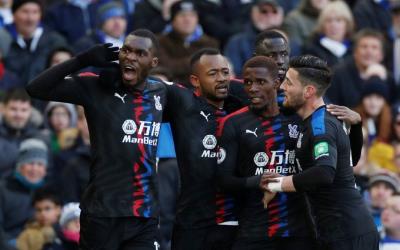 Crystal Palace attacker Jordan Ayew has heaped praise on team Christian Benteke after the latter's "fantastic job"  in their victory against Brighton.

The Ghanaian grabbed the matchwinner for  Eagles but deflected the credit to the Belgian, considering his role in their victory on Saturday.

"Christian saw me and gave me the ball and I just tried to put it in. I took it well and the 'keeper tried to get the ball. The most important thing is we have the three points and we keep on going.

Ayew's second-half goal gave Palace a first win over the Seagulls in three attempts and ended a seven-year wait for a win at Amex Stadium.

The result leaves Palace nestled safely in mid-table, while the Seagulls, who have not won since their victory over Bournemouth on 28 December, sit one point above the bottom three.