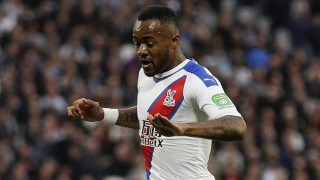 Rangers great Ally McCoist says it was right not to send off Jordan Ayew during Crystal Palace's 1-0 defeat against Burnley.

Early on in the second half, VAR closely checked a potential red card for the Palace striker after he appeared to elbow Burnly's Josh Brownhillin the face with the scoreline at 0-0.

But after much deliberation at Selhurst Park on Monday night in the Premier League, VAR decided not to punish Ayew and McCoist believes it was the right call.

McCoist said after the game: "I think he gave the referee an opportunity to make a decision. It was stupidity, absolutely.

"But where I'm watching it, I think he sticks his arm up. I think he runs into his forearm, I don't think it's an elbow to the face. I understand on another day he could have been sent off."

He added: "I certainly think he sticks his forearm up and he gives the referee the opportunity to make a decision. I think he is a fortunate boy but I think it was the correct decision."