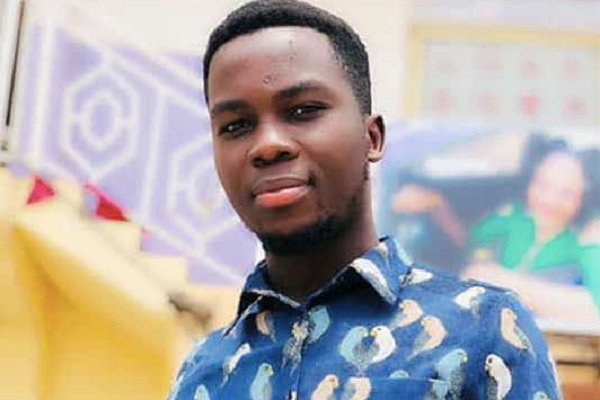 A young journalist known in Ghana for his bullying on social media especially attacking celebrities is considering taking his own life.

Journalist Albert, popularly called Bongo Ideas and known in real life as Albert Nat Hyde has revealed how reactions on most of his posts on social media could be draining him and getting him closer to his grave.

According to him, he is ready to give up on life since many Ghanaian including his own followers wish him dead.

On several occasions, Albert has been in the media circle especially on the various social media platforms for either ridiculing, insulting or bullying other people, with celebrities being his main targets, an act many of his followers had deemed wrong and unnecessary.

Some of his followers also on several occasions reign insults on him for such conduct of his.

It is with this that Albert thinks he can no longer take the insults, indicating he is hated by many.

Taking to his Twitter account, he wrote " I know my death will make y'all happy. The hate, the insults, the threats will result in what y'll want. Thanks. Bye."

Upon seeing the post threatening his own life, many are wondering whether or not Albert is in the best shape of the mind.

However, this post of his could not stop people from still reigning insults on him.

Some followers of his commenting on the page suggested they care not and that he could go ahead and kill himself if he so wished. 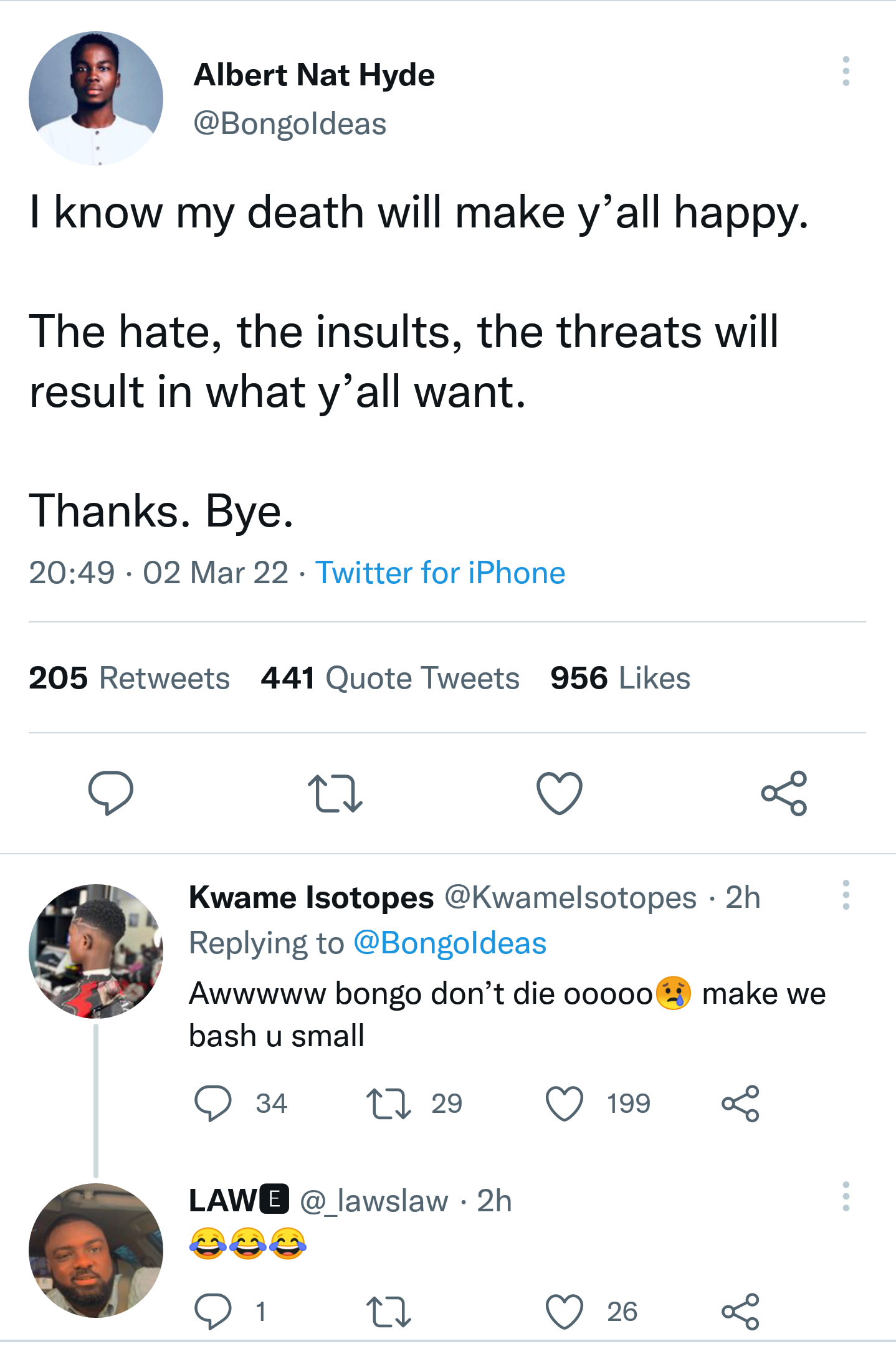