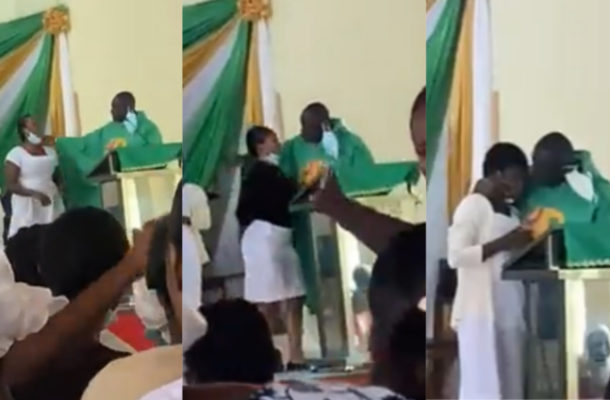 The Anglican priest who kissed 3 students at St Monica’s College of Education has been relieved of his duties, Myjoyonline.com has reported.

This formed part of the conclusions at a crunch meeting convened by school authorities in Asante Mampong over a kissing incident that went viral on Monday.

In the video, the priest, Father Balthazar Obeng, is seen kissing three female students before a cheering congregation.

However, the third lady seemed unwilling but eventually gave in to the deed.

Tuesday’s decision comes amid calls from the public, civil society organisations for the Chaplain’s head.

The Anglican Church of Ghana has already expressed its dissatisfaction about the matter and has initiated internal investigations.

An August 17 statement indicated that “the said Priest will be dealt with in accordance with the norms and values of the Anglican Communion where morality is extremely revered in the Church.” 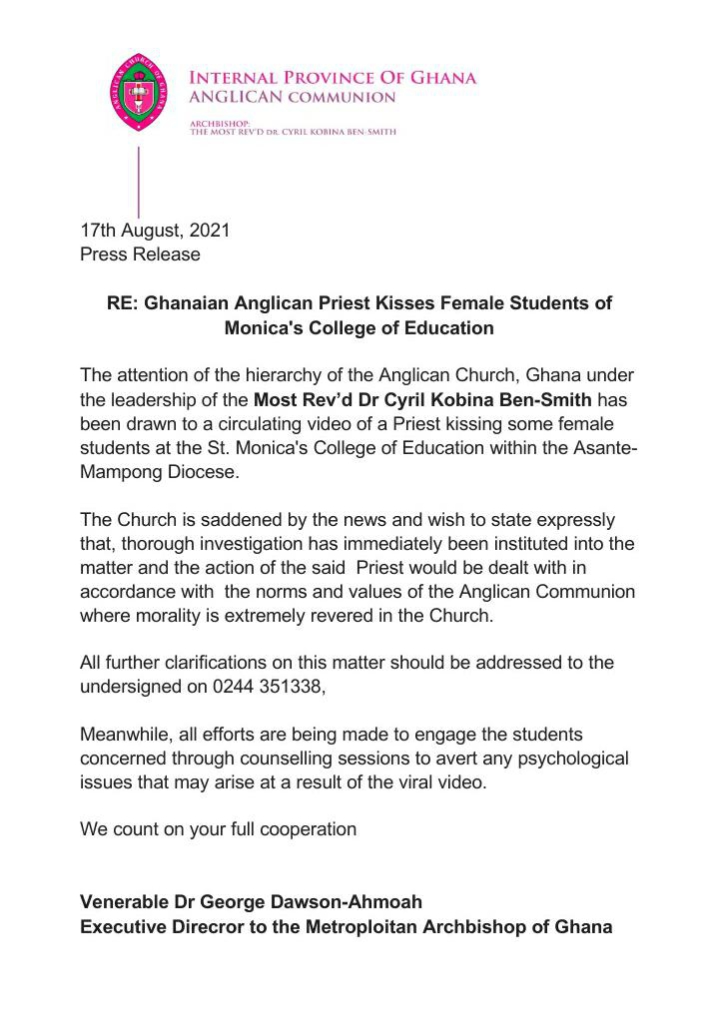 In the recent twist, JoyNews’ Ohemeng Tawiah reports that the school has withdrawn all duties assigned to the Priest.

Essentially, Rev Father Obeng Larbi ceases to be the Chaplain and lawyer of the school until further notice.

This was revealed in a closed-door meeting with the students and subsequently confirmed by Acting Principal, Dr Okyere Korankye.

He, however, added that affected students are being supported by the school’s counselling unit.


Meanwhile, Ohemeng Tawiah also reports a general mood resentment for the Chaplain’s act among residents of Mampong in the Ashanti Region.