Just In: Another truck involved in an accident at Takoradi 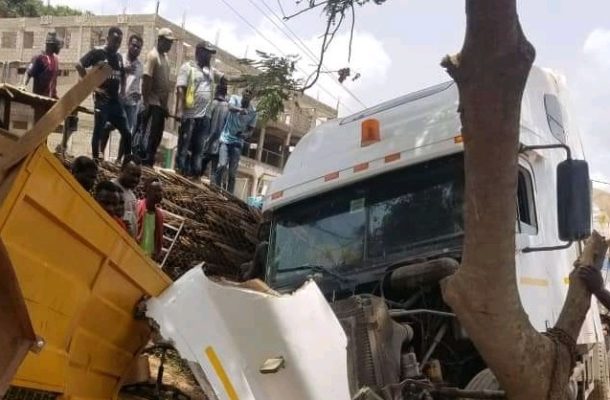 A truck loaded with limestone has been involved in a crash at Takoradi, Connect FM has reported.

According to the report, the truck which was heading to the Shama direction from Takoradi rammed into a big tree at Agric Junction, near Frank Motors believed to have failed its breaks. 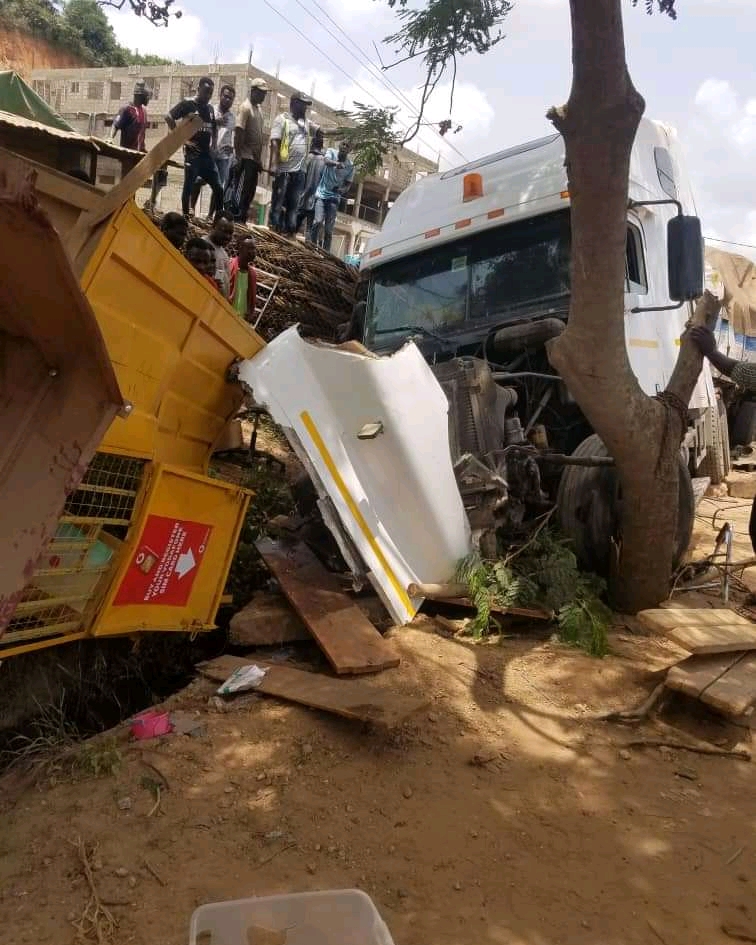 It occurred around 11.25am Thursday, the report said, adding that, the driver upon seeing the danger ahead, briskly dived from behind the steering wheel and threw himself on the grounds.

As at the time of filing this report, personnel of the Motor Transport and Traffic Directorate (MTTD) of Ghana Police Service were yet to attend to the scene.

It becomes the second accident in the Western Regional capital after another truck loaded with cement overturned in the early hours of Thursday, April 8. 2021.

It is believed the trailer failed its breaks, leading to the crash at Inchaban.

The driver's mate got trapped under the trailer after it overturned, killing him on-the-spot.