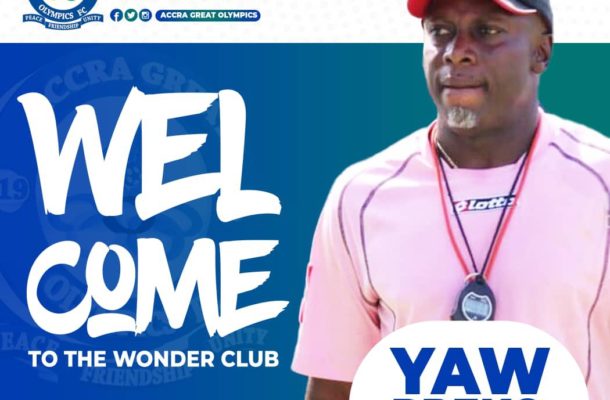 Accra Great Olympics have been forced to change coached mid-way through the season as they have announced the appointment of former Ghana U-20 gaffer Yaw Preko as their new coach.

He takes over from the ever impressive Annor Walker who has performed wonders for the Dade boys but has bee forced out due to a serious health condition.

The veteran trainer has been out of the dug out for the Wonder club in their last two games in the Ghana Premier League which all ended in defeats.

Coach Annor Walker presided over an impressive Great Olympics side who chalked up impressive wins over Asante Kotoko, a draw away to Medeama, a win against WAFA among others.