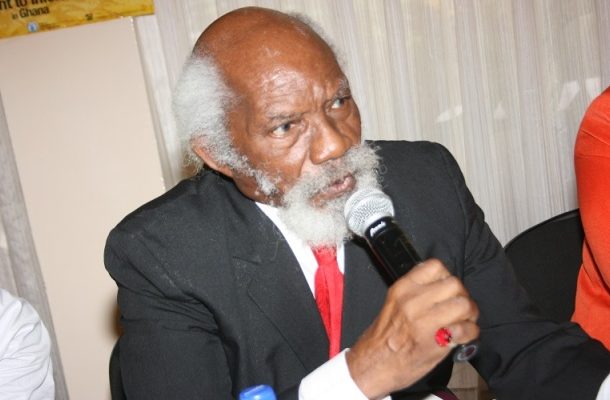 Justice Crabbe died Friday morning in Accra after a short illness at age 95.

In a Facebook post, the President said: “On behalf of the Government and people of Ghana, I express my sincere, heartfelt condolences to the family of Justice V.C.R.A.C Crabbe on his death, which occurred today, Friday, 7th September, 2018.“Respected public servant, eminent jurist, 1st Ghanaian Chairperson of the Electoral Commission, Justice of the Supreme Court, accomplished Ghanaian and patriot, he served his country with distinction, and contributed immensely to our nation’s jurisprudence and development.“His discipline, honesty and integrity made him an outstanding servant of the Ghanaian people and of the public interest. His objective was always the advancement of Ghana, and not partisan considerations. Even in old age, he continued to make crucial interventions in our nation’s discourse. Ghana has lost a dedicated nationalist and fine gentleman. May his soul rest in perfect peace, and may God bless him.”

Vincent Cyril Richard Arthur Charles (V.C.R.A.C) Crabbe was born October 29, 1923 at Ussher town in Accra, Gold Coast, he was educated at the Government Junior and Senior Boys Schools in Accra.

He attended the Accra Academy for the Cambridge Junior and Senior School Certificates. He went to London to study Economics at the City of London College Moorgate, London 1950-1952 and was a former Professor of Law at the University of West Indies.

Crabbe until his death was a Professor of Law at Mountcrest University College in Accra.

In August 1952, he was admitted to the Honourable Society of the Inner Temple to read law.

He completed the normal three-year course in two years and was called to the Bar on the 8th February, 1955 having being granted a dispensation. The same year he was enrolled as a member of the Gold Coast Bar, in order to maintain his Seniority at the Bar.