Justin Bieber who was said to have embraced religion a couple of years ago because he did not want to go off the rails like other celebrities is putting his religion to practice by talking about Jesus to his crew members while on tour.

Earlier this year, the 'Sorry' singer revealed that he wanted to live like Jesus and now he is reportedly encouraging his opening acts to do same.

As a source revealed to The Sun newspaper, Bieber’s life has now changed for better since he found God.

“Backstage on his Purpose tour, Justin has been sitting down with his opening acts and encouraging them to put Christ before everything. His aim is to convert the people he loves and warn other stars against the evils of the industry.” 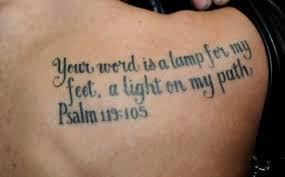 Justin, who has tattooed on his back the Bible verse 'your word is a lamp for my feet, a light on my path', has revealed how surprised people are as regards him being vocal about his religion.

“I think that people, as soon as they start hearing me saying I'm a Christian, they're like, 'Whoa, Justin! Back up, take a step back!”