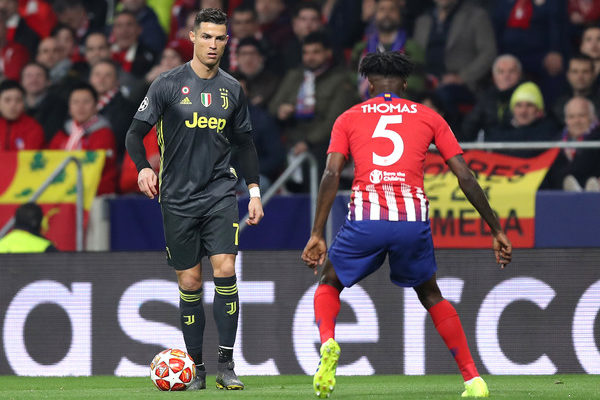 Juventus manager Massimiliano Allegri insists Atlético Madrid will be a tough nut to crack in the return leg of their Champion League round of 16 tie even in the absence of the suspended Thomas Partey.

The Ghanian midfield dynamo ruled himself out of the match in Turin after picking up his third yellow card of the competition in the first leg at Wanda Metropolitano.

Partey’s suspension is a major blow for the La Liga giants, as the Black Stars midfielder has been an ever-present for them this season.

But Diego Simeone’s men will take a healthy 2-0 advantage to Turin on March 12.

Allegri in his post match reflection after Juventus scraped to a narrow 1-0 victory away to Bologna on Sunday, stressed the need for improvement ahead of the crucial champions league match.

"Thomas [Partey] will be out, and they will be even more hard to break down and we will have to be quick in our play and precise in our passing, something that today was missing.
"On 12th March, we will be in the best possible condition, but we must still continue to grow. [Miralem] Pjanic was sick today, [Sami] Khedira was out, whilst [Leonardo] Bonucci and [Giorgio] Chiellini are back.

"I'm optimistic over the return leg. You have to slowly build the side up. Today was a part of the puzzle, and on the 12th we will need to come into the game with our adrenaline sky high!"