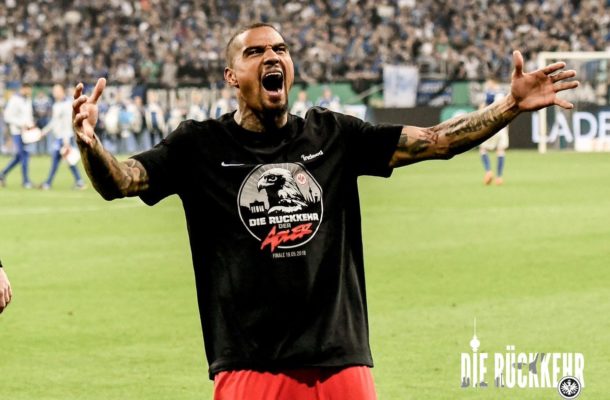 Kevin Prince Boateng featured as Eintracht Frankfurt booked their placed in their second successive DFB-Pokal final after beating Schalke by 1-0 at the Veltins-arena on Wednesday.

Ghanaian international was however replaced before halftime after picking up an injury.

Jovic Luka’s 75th minute strike was the difference between the sides and ensured last season’s finalists made it to their 7th final in the competition’s history.

The Eagles ended the game with 10 men after Gelson Fernandes was shown the red card in the 81st minute.

Frankfurt will face Bayern Munich in the final in Berlin on 19th of May 2018.