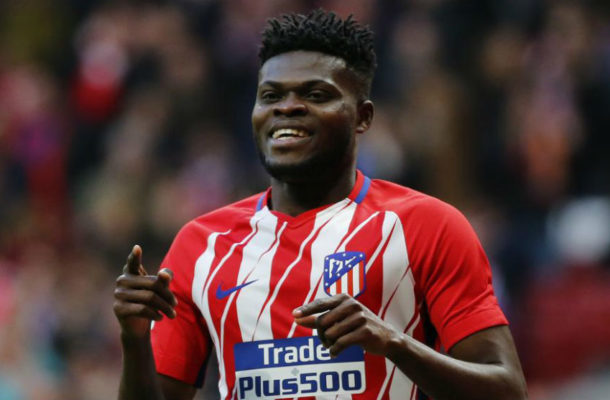 With the World Cup in full swing, the transfer market is a tad quiet....for now.

But that could change once the sun has set on the feast of football in Russia.


Clubs across Europe will no doubt be busy identifying targets as they plan for next season.

And African football expert Rahman Osman believes there are several players from his home continent with the attributes and potential to light up the English top flight.

Rahman has identified seven African stars worthy of being on the radars of clubs such as Manchester United, Manchester City, Arsenal, Liverpool, Tottenham and Chelsea.

Here's a little bit about each of them...

Koulibaly has been one of the most sought-after centre-backs in the world for some time now.

Big in stature, with the ability to play out from the back, he's something of a rare breed.

He's impressed in Serie A since Rafa Benitez signed him for Napoli from Genk in Belgium.

A move to Chelsea has been mooted, but so far Napoli's asking price has proved a sticking point.

That could change, though, if outgoing Napoli boss Sarri replaces Antonio Conte at Stamford Bridge.

The 'pass master', as he is affectionately known among his Nice teammates, Seri was heavily linked with a move to Spanish giants Barcelona last summer.

In terms of his style, he's been compared to Paris Saint-Germain's Italian midfielder Marco Verratti.

He's performed consistently well for Nice in the Ligue 1 for the past two seasons, seeing his stock rise.

With Mousa Dembele set to leave Tottenham this summer, Serri would be an ideal replacement.

Long linked with a move to the Premier League, Balde once came within a whisker of joining Liverpool.

Since then, the livewire forward has moved from Lazio to Monaco, but talk of a transfer to England remains.

Capable of playing on the right or left, Balde is a product of Barcelona's famous La Masia youth academy, where he developed the techniques to shine in any attacking side.

With another African pair, Mohamed Salah and Sadio Mane, doing the business for Liverpool, Tottenham, another attack minded team, look to be the best fit.

Spurs have options in Son Heung-min and Dele Alli, but with Erik Lamela, Moussa Sissoko and Lucas Moura failing to convince on a consistent basis, Balde would surely opportunities.

It's taken the best part of five years, but Partey has finally established himself in Diego Simeone's Atletico Madrid team.

A utility man, his athleticism and passing ability mean he's equally comfortable in defence or midfield.

His versatility has even seen him compared to Ghana legend and former Chelsea favourite Michael Essien.

Atletico aren't in the habit of selling their blossoming players but a fee of around £45million could tempt the La Liga club.

With Manchester City's Fernandinho having turned 33 last season, Partey could be the man to fill the Brazilian's boots in Pep Guardiola's league winning side.

It's easy to see why Kessie has been compared to Ivory Coast legend Yaya Toure.

Like the former Manchester City and Barcelona midfielder, he's big, strong and powerful, with a good range of passing and lots to offer in both defence and attack. He's also excelled in a holding role.

Made for the Premier League, he scored seven goals in the 2016/17 season for Atalanta, catching the eye of Chelsea, who eventually settled on Tiemoue Bakayoko.

But new Arsenal manager Unai Emery should consider the all-action midfielder, who could do for his team what N'Golo Kante does for Chelsea.

He won't come cheap, though, with an estimated value of £40million.

Winger Hassan was magnificent for Kasimpasa in the Turkish top flight last season.

Affectionately known as Trezeguet, a nickname he acquired due to his likeness to the former France and Juventus striker, he netted 13 goals for the mid-table club.

Having seen the success of Mo Salah at Liverpool, Premier League clubs should consider taking a punt on his countryman, who has similar attributes - namely pace and dribbling ability.

Hassan wouldn’t start for any of the top six clubs in the English top flight, but he could be a good signing for the likes of Everton or West Ham.

Playmaker Ziyech was a joy to watch in the Eredivisie last season, his touch and guile setting him apart.

He started every league game for the Dutch giants, chipping in with nine goals and 15 assists, making him the chief provider.

Scouts have been watching him for quite some time, with clubs including Everton and Bournemouth linked.

A fee around £15million could prise him away.