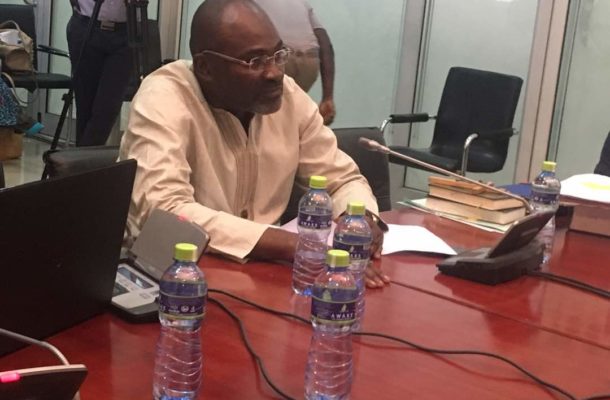 The New Patriotic Party Member of Parliament for Assin Central Kennedy Agyepong has categorically denied claims that he described Parliament as useless.

According to the lawmaker, the claims are completely false and have been doctored.

His denial comes after the Minority Chief Whip, Muntaka Mubarak, filed a motion accusing the controversial lawmaker of making contemptuous comments about the House in public.

According to Muntaka, Ken Agyepong described the House as cheap and useless during a radio interview on Oman FM and Adom FM.

He reiterated that Mr. Agyapong’s conduct was unfit for someone in the legislature.

Mr. Agyepong was subsequently summoned to appear before Parliament’s Privileges Committee which addresses such matters and a prima facie case was established against him.

Despite playbacks of his interview on Oman FM by the committee to the NPP firebrand, he strongly rejected the claim and insisted that he never made such pronouncements.

The Assin Central MP also apologised to Parliament for his outburst adding that he had already apologised to the majority leader Osei Kyei Mensah-Bonsu who he attacked in the same interview.

Mr. Agyepong has earlier failed in his bid to have the Privileges Committee suspend its inquiry into alleged contemptuous comments made by him.

He wrote to the Committee urging it to suspend the sitting after he filed a motion to have the Speaker of Parliament rescind the referral of his case to the committee.

But Chairman of the Committee, Joe Osei Owusu, rejected his motion and stated the committee was to only inquire into the matter and not oversee a trial.