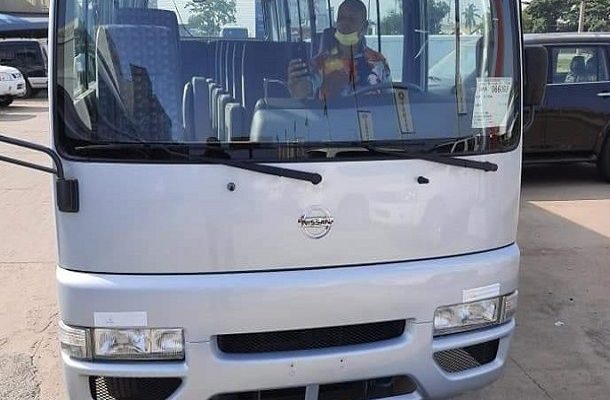 Minister of Finance, Ken Ofori-Atta, has presented a 33-seater Nissan Civilian bus to the Asesewa Senior High School in the Upper Manya Krobo District of the Eastern Region.

This was in fulfilment to his pledge during his recent campaign tour to the Upper Manya Krobo constituency upon the request of the Headmaster. 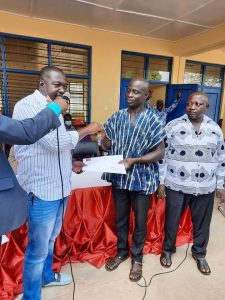 Engaging Cocoa farmers, traders and SMEs, the Finance Minister took his time to have one on one conversations, explaining and providing details on the achievements of NPP government and what the plans are in the next NPP Government.

After engaging a lot of the communities, he then moved to the Upper Manya Constituency, where he visited the Asesewa Senior High School to address the students. 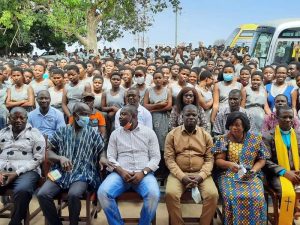 The headmaster, upon request, appealed to the Minister to come to aid with a school bus since the one they are using is very old and always developing faults.

The Minister in response promised the School to provide them with a new bus this week, hence donating brand new 32-seater bus to the school.

The presentation was done by Benjamin Kwasi Odoi, a Government Spokesman who hailed from the area, assisted by the area District Chief Executive Officer and the constituency executives of the ruling party.

The Headmaster, Paul Okoto in his remarks expressed gratitude to the Minister for the kind gesture.

He took the opportunity to wish them well in the upcoming general elections.