Kenya to start preparations ahead of crucial CHAN qualifier against Burundi 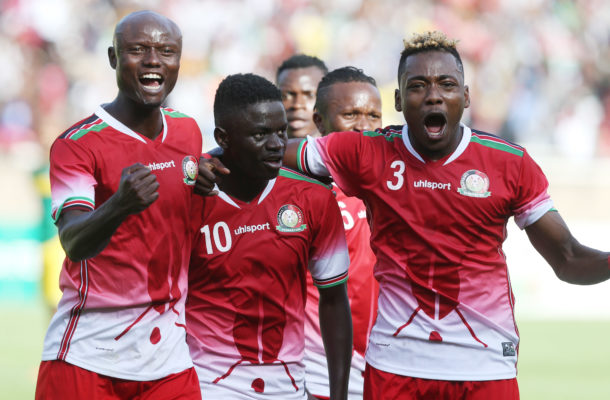 Kenya has named a strong team to start preparations ahead of their Africa Nations Championships (CHAN) qualifier match against Burundi in Nairobi in March.

Head coach Sebastian Migne has a busy schedule as he has to oversee the preparations of two teams with the final qualifier for the Africa Cup of Nations (AFCON) against Ghana also set for March away in Accra.

Migne has selected 25 local players led by veteran Allan Wanga to face Burundi at a home and away clash.

"The squad will begin preparations in Nairobi on Tuesday with all players open for selection to either the AFCON or CHAN qualifiers against Ghana as well as the two-leg CHAN qualifier against Burundi," said Migne on Sunday.

Kenya, however, has already secured their ticket to the AFCON 2019 finals in Egypt and their match against Ghana is a formality.

However, it will be the first start in the campaign to secure a ticket to their debut CHAN when they play against Burundi.

The winner in their CHAN match against Burundi is expected to play in the second round of the qualifiers against Tanzania or Sudan.

The winning team from that contest will qualify for the fifth edition of the CHAN tournament set for Ethiopia.

About 47 African teams have confirmed participating in the qualifiers and have been pooled in six regions with each region producing two or three teams in the finals set for 2020.

Kenya forfeited their chance to stage the 2018 tournament by failing to complete stadium in time forcing Confederation of African Football (CAF) to offer the rights to Morocco. The 2020 CHAN finals will now be held in Ethiopia.

The Africa Nations Championship is a biennial football tournament which is a strict reserve for players featuring in their respective home leagues.