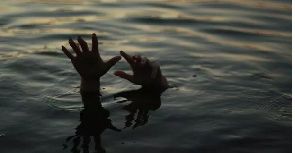 At least nine persons have lost their lives after a boat traveling from Kete Krachi to Sipom, an island community in the Volta region capsized.

Four other survivors are currently receiving treatment at the Kete Krachi Government Hospital.

The incident, according to a local reporter Michael Birikorang, occurred Wednesday afternoon when the boat carrying over 20 passengers mainly traders hit a log in the river and immediately capsized in the process.

“The incident happened around 1:45pm on Wednesday when a boat carrying over 20 traders who had come to trade at Okpalima and were returning hit a stick in the water, this led to water entering the boat leading to the sinking of the boat,” Birikorang told Starr News.

Relatives have since identified the nine bodies.

The owner of the boat Akwasi Aweyeh, who also lost his daughter as a result, has been arrested by the Police to assist with investigation.