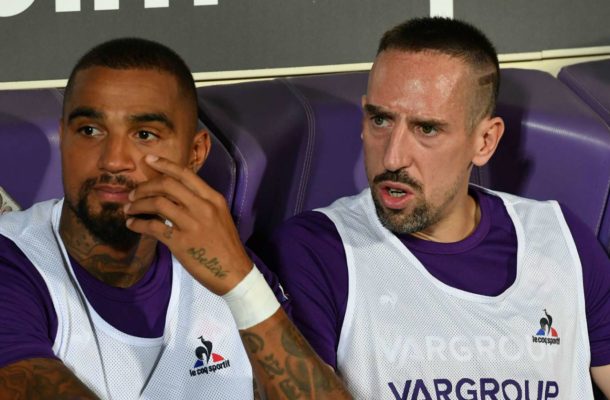 Kelvin Prince Boateng and his brother Jerome have both extolled French star Frank Rebery for his exceptional character off the field of play.

Kelvin and Jerome have each played with Ribery at seperate teams and admittedly showered some praises of the on the 37-year old Ribery.

They both  see the former Bayern Munich forward as an extremely empathetic footballer colleague.

“Of course you know him better.He has an incredible character, a huge heart and is a family man, ”said the 33-year-old, who was Ribery's team-mate in Florence this season. "I've never seen anyone care so much about everyone, whoever it is," Besiktas Istanbul pro Kevin-Prince said in an Instagram chat with his half-brother Jérôme from Bayern.

"Who wants to take us away when we're that old," asked Jérôme.

The native Berliners had spoken about their short time together at Hertha BSC in the casual internet chat, a joint end of career in the capital was also indicated.

The 31-year-old, who played with Ribéry for eight years and at that time was seven times champion, four cup winner and 2013 Champions League winner, said in the direction of his French friend: "Frèro, we miss you!"

The Munich defender and world champion from 2014 agreed with his brother.

“You say it, he has a huge heart and is just an incredibly positive character.

"As a footballer, he's fantastic and unpredictable."