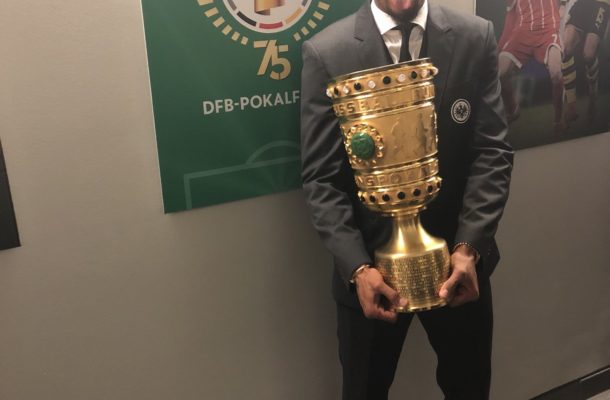 Kevin-Prince Boateng is over the moon after lifting his first-ever piece of silverware for Eintracht Frankfurt in their Germany Cup triumph over Bayern Munich.

The 31-year-old played full throttle as the Eagles stunned the Bundesliga giants 3-1 at Olympiastadion.

The Ghanaian midfielder took to his social media page to share his joy;