Kizito no longer has place at Hearts of Oak – Kim Grant 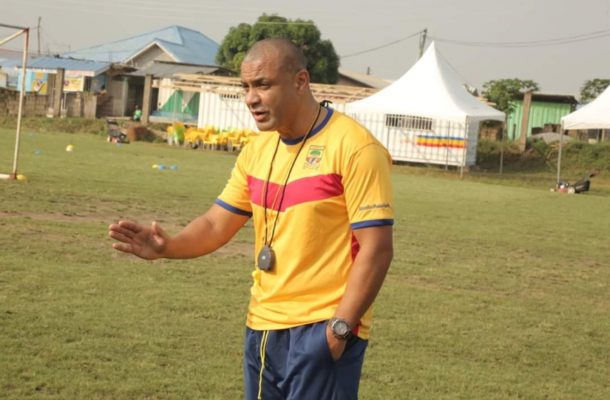 Accra Hearts of Oak’s Director of football and head coach, Kim Grant has disclosed that his team will not accept former striker Kwame Kizito back to the club as the media has reported.

The former Black Stars striker says things have changed at rainbow club, rubishing media reports that he is in talks to bring back the WAFU Cup winner into his team.

He has been in charge of the Phobians since last year December and has been on a mission to build a winsome team which will be a threat when football resumes in February.


“I saw some pieces in the media but his time is gone, he’s gone to another country he hasn’t been successful and then he’s looking for that exposure again and unfortunately that exposure is not going to happen certainly not under my watch,” he told Atinka TV.

“I’m the director of football and I control all the transfers, I am in control of who comes in and who comes out, we don’t even have players coming to the training grounds anymore. I can’t expect Guardiola to get somebody from the Man City board to bring a player to come to his training session, that’s not going to happen at Hearts now”, he stated.

He continued that Hearts will be run professionally as compared to how it was run previously.

He has, however, terminated his contract with the Libyan side due to political turmoil in the country.

He was among some three players who refused to renew their contract with the phobians after the 2016/17 season.