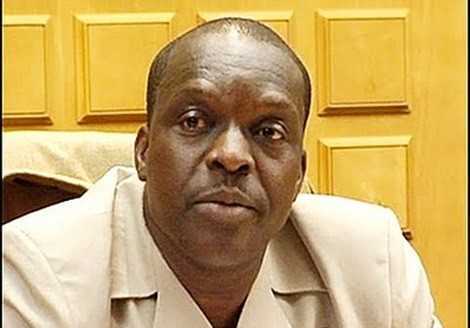 He said as an international public figure, his performance transcended beyond the socio-economic activities of one particular country and entity.

In a tribute to the late international icon, Mr Bagbin recalled how he solicited him to be a member of the Board of Trustees of an educational advocacy organisation, “Thank Teacher Foundation”.

He said the late Mr Annan graciously agreed to be a member of the Board of Trustees to serve together with former President Jerry John Rawlings, the Asantehene, Otumfuo Osei Tutu ll and the Agbogbomefia of the Asogli State, Togbe Afede XIV.

Mr Bagbin, who is also the MP for Nadowli-Kaleo said for Mr Kofi Annan to be returning to his maker just at the time that Ghana was re-introducing the Shift System was an anti-climax that nobody could be proud of.

“When the late President Mills ended the Shift System, Mr. Kofi Annan was one of the people who applauded the loudest. The ending of that system was a source of great joy to him because he knew how it impacted negatively on education.

“It is therefore shameful that just when he is passing to glory, we are busily preparing to re-introduce the same Shift System,” Mr Bagbin said.’

Mr Annan passed on August 18, in the Swiss city of Bern after a brief illness.

He and the UN were the co-recipients of the 2001 Nobel Peace Prize.

Born in Kumasi, he joined the UN in 1962, working for the World Health Organisation’s (WHO) Office in Geneva.

He then went to serve in various capacities at the UN Headquarters, including; serving as Under Secretary-General for peacekeeping from March 1992 to December 1996.

He was appointed by the UN Chief in December 1996 by the Security Council and later confirmed by the General Assembly, becoming the first office holder to be elected from the UN staff itself.

As Secretary-General, he worked to reform the UN bureaucracy, combat the deadly HIV spread, especially in Africa and launched the UN Global Compact.

He also initiated the Millennium Development Goals towards improving the lots of the poor around the world.

After serving out his term, he formed the Kofi Annan Foundation in 2007 to work on international development, peace and humanitarianism and was also the Chairman of “The Elders”, an international organisation founded by Nelson Mandela.

In 2012, Mr Annan became the UN-Arab League Joint Special Representative for Syria, to aid efforts at resolving the bloody conflict there, but quit over his frustration with the lack of progress with regard to conflict resolution.

He was appointed to lead a UN Commission to investigate the Rohingya crisis in September 2016.

Mr Annan studied Economics at Macalester College, International Relations from the Graduate Institute Geneva and Management at the Massachusetts Institute of Technology (MIT).

He is survived by his wife Nane Marie Lagergren and their Children, Ama, Kojo and Nina.