Kofi Ofosu Nkansah, a Politician, a Technology Professional and a Social Media activist, the first MD of Accra Digital Centre 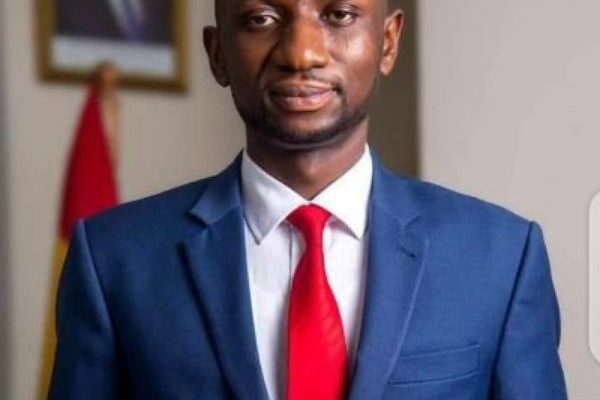 Kofi Ofosu Nkansah is a Ghanaian Politician, Technology Professional and Social media activist. He is popularly called Foot Soldiers President by the youth of the New Patriotic Party. He is the Managing Director of the Accra Digital Centre (Ghana Digital Centres Limited).

Kofi grew up in Konongo-Odumasi where he attended Oxford International School for his Basic education and graduated in 1996 as the best student of the then Asante Akyem North District. As a basic school student, He was socially and politically active and represented his school in quiz and debate competitions.

After JSS, he proceeded to Opoku Ware School where he read Science and graduated in 1999. His School number is AX 163. Between 2001 and 2005, he read Computer Science at the Kwame Nkrumah University of Science and Technology. He also holds an MA in Marketing Strategy from the University Of Ghana, A professional Diploma in Marketing from CIM – the UK and has other Professional Certificates.

His political activism started in Konongo-Odumasi in the late 90s where he used to attend NPP meetings during Hon. Baah Wiredu’s time as MP. When he entered KNUST in 2001, he joined the Tertiary Students Confederacy (TESCON), the student’s wing of the New Patriotic Party. He was elected Tescon Financial Secretary/Treasurer in 2003. He was also an active member of the Opoku Ware School old boys and St. Louis Past Students Association on campus and occupied the PRO and President positions in 2003 and 2004.

Kofi is one of the pioneers of the NPP’s Social media team, has created a Facebook account in 2008 to propagate the good works of the then Kufuor government. A vociferous communicator for the NPP Government on Social media, He has recruited and mentored 100s of online party activists for the NPP. He served as party agent for the party in several electrons. He is a Co-founder and Coordinator of the following 2020 and 2016 Volunteer groups: Professionals for change (Now P4C), Loyal Ladies, Alpha Patriots and Zongo Ladies for Nana. He is Member of the NPP Communications Committee and was part of 2020 and 2016 National Campaign team (Social media) Kofi contested in the 2020 NPP Asante Akyem Central Parliamentary Primaries and obtained 45% of votes.

Kofi Ofosu Nkansah had his National Service at the Regional office of the Ghana Water Company Ltd, Kumasi as an MIS Officer in the 2005/2006 Service year. After National service, he joined Ghana Free Zones Authority as MIS Officer/Head of IT. He then joined Multinational Mobile Network Operator MTN, where he worked for almost a decade in various Telecommunications roles.

In February 2017, he was appointed as the Managing Director of the Accra Digital Centre where he was tasked to lead and drive innovation and entrepreneurship in the Tech Ecosystem to help harness the digital potential of Ghana by leading the provision of a conducive Ecosystem for innovation to thrive. As first MD of the Centre, he operationalized the Digital Centre and achieved 100% occupancy in two years. Under his stewardship over Fifteen thousand (15, 000) youth were trained in Digital skills, Over Four thousand (4,000) Digital and Ancillary jobs created at the Centre and Innovation support given to over 200 start-ups.

Kofi Ofosu Nkansah has received many awards and recognitions in his political career. He was recently cited by ghanaweb.com, https://bit.ly/3mR17nZ for his unmatched contributions towards economic development. Kofi charged agencies and facilities to provide more benefits to Teachers and Health workers, as this will go a long way to ease the financial burden to both parents.