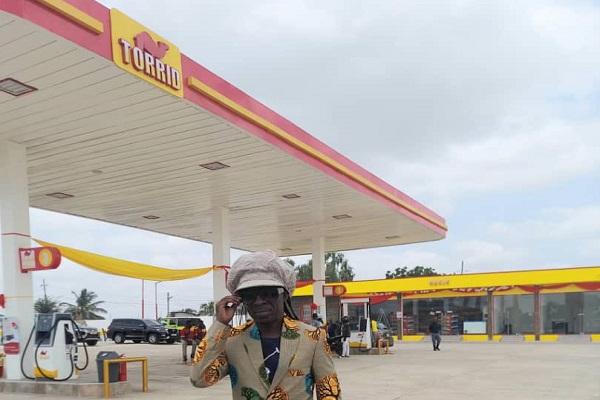 Kojo Antwi at his filling station

The newly opened fuel station is located at Kasoa Krispo City along the Accra-Cape Coast highway.

Announcing this on Facebook, Mr. Music Man, as he is affectionately called, disclosed he has had a fierce battle in his quest to owing a fuel station and therefore gave it all to God for the milestone.

The Maestro also called on prospective customers to drive to his fuel station for the lowest petrol and diesel prices.

“FINALLY!! We are blasting off. The battle has been fierce but through God, victory is finally here. Stop by Torrid Fueling Station, Kasoa Krispo City along the Accra to Cape Coast Road for the lowest petrol and diesel prices and a selfie. GLORY BE TO THE MOST HIGH,” he wrote.

His fans upon hearing the news have since thronged into the comment section of the post to congratulate him for what they described as “long term investment”.