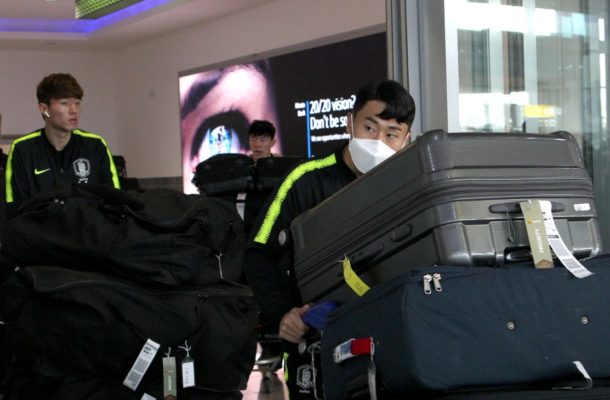 Abu Dhabi: Korea Republic have set up base in Abu Dhabi as they look to end their long wait for glory in the AFC Asian Cup UAE 2019.

The two-time AFC Asian Cup champions arrived in Abu Dhabi with 17 players, including two reserve members, early on Sunday after flying more than 10 hours from home.

Tottenham Hotspur star Son Heung-min - who scored a brace in his team's 6-2 win over Everton in the Premier League on Sunday - is the only Korea Republic player who will join the squad after the tournament kickoff, following an agreement between his club and the Korea Football Association.

The 26-year-old forward will join Korea Republic in the UAE after playing in Tottenham's clash against Manchester United on January 13.

Bento announced his 23-man roster for the AFC Asian Cup last week. Korea Republic are scheduled to play a friendly against Saudi Arabia on December 31.

The Taegeuk Warriors, who last won the AFC Asian Cup in 1960, are in Group C for UAE 2019 with China PR, the Philippines and Kyrgyz Republic.

Bento's side will start their campaign against the Philippines at Al Maktoum Stadium in Dubai on January 7, and will face Kyrgyz Republic four days later at Hazza bin Zayed Stadium in Al Ain.