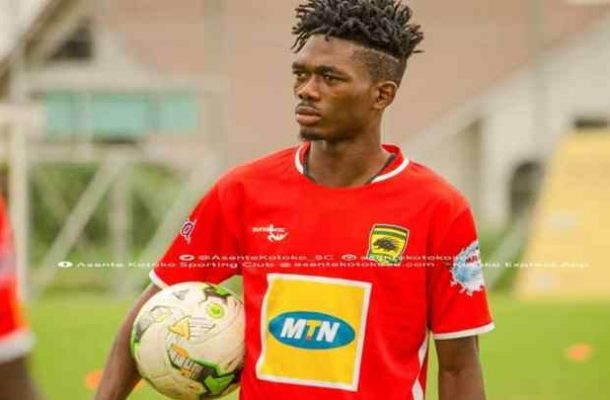 Asante Kotoko defender Empem Dacosta has told the club's  head coach Maxwell Konadu that he is not ready for a loan switch, according to reports.

The former Karela United  centre-back has reportedly declined the club's decision to farm him out during the second of the Ghana Premier League.

Earlier last week, Ghana Premier League side Legon Cities FC officially wrote to Kotoko to inquire about the availability of the 22-year-old.

According to Kumasi based Oyerepa FM on Saturday, the 22-year-old rejected a loan deal proposed to him during a meeting with Coach Maxwell Konadu last Wednesday.

He has been struggling for a place in the first team of Asante Kotoko following the availability of Habib Mohammed, Agyemang Badu, Abdul Ganiu and Wahab Adams.

Dacosta joined the Porcupine Warriors on a three-year deal from Karela United last year ahead of their CAF Champions League campaign.