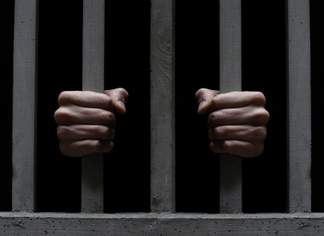 An Accra Circuit Court has set May 15 2018 for passing judgment on two suspects accused of attacking Kwabenya Police Station to free some prisoners.

The incident that occurred on January 21 led to the death on a police officer who was on the duty at the time of the incident.

The court which was presided over by Aboagye Tando, has stated that, on May 15, the verdict of the case will be passed.

The same court on April 6 2018 had sentenced two suspects behind the jail break to 66 months.

The suspects are Kofi Darko, who is serving a jail sentence of 32 months and Emmanuel Kortey who was also sentenced to 34 months.

Twelve suspects were arrested after the incident when the police launched a manhunt and are in remand awaiting their fate to be decided.

They have been accused of freeing the prisoners.

The attack on the Police station led to the escape of seven suspects.