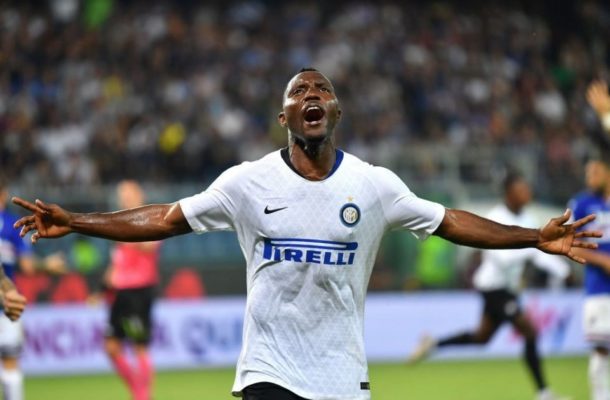 Inter Milan star Kwadwo Asamoah is set to reach 250 game milestone in Serie A when they travel to Sardinia to engage Cagliari in week 26 of the campaign.

The Ghanaian international has so far made 249 appearances in total since making his debut in the Italian League with Udinese back in the 2008/2009 season.

The versatile player went on to make 114 appearance for ‘The Little Zebras’ in the league before transferring to Juventus in 2012.

Asamoah played a key role in helping the Biaconeri to six consecutive Scudettos between 2013 and 2018, making a total of 118 appearances.

He joined the Nerazzurri as a free agent in the summer of 2018 and has made 19 more appearances in the ongoing campaign.

The 30 year old could make his 250th Italian top-flight appearances on Friday evening.