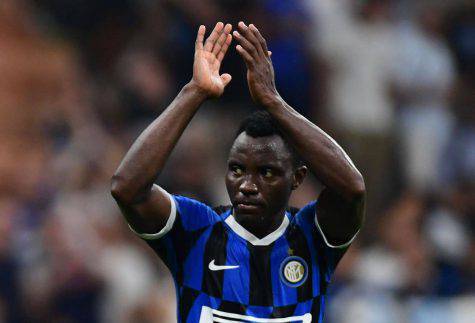 Ghanaian international, Kwadwo Asamoah is set to leave Serie A side Inter Milan this summer despite having one more year left on his existing contract.

According to Italian news portal calciomercato, the versatile midfielder is among four players who will be shown the exit by the Nerazzuris this summer with the others being Diego Godin, Matias Vecino, and Sebastiano Esposito.

Asamoah, 31, joined Inter from rivals Juventus in the summer of 2018 and has made just forty appearances for the former Italian champions as injuries has hampered his progress.

He previously played for Udinese and Juventus where he carved a niche for himself winning five Serie A titles on a row.

The versatile Asamoah has been linked with Galatasaray, Besiktas, Hoffenheim and MLS outfit LA galaxy.