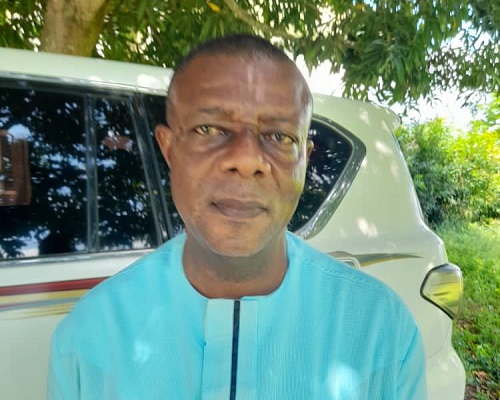 The Municipal Chief Executive (MCE) for Kwaebibirem, Seth Antwi Boasiako, has said the Municipality has witnessed significant growth since he was appointed to serve under the governing New Patriotic Party (NPP) government.

Speaking to the media, Mr. Boasialo said the previous administration only bragged about developing the area but his tenure has positively impacted the lives of the people.

According to him, he has been able to extend developmental projects to all the 127 towns and villages within the Municipality.

Giving an overview of his achievements, he indicated that he has built an 80-bed capacity maternity block for the municipality.

He said he has been able to construct roads to some villages that vehicles were not able to go to.

“The road at Amansanbura was not accessible but with the help of President Akufo-Addo, I have constructed the road and now vehicles can go there,” he said.

He revealed he has constructed 450 market unit stores for Kade market women.

He also disclosed that many bridges have been constructed in the various farming communities where they formally could not transport their farm produce to the market.

Speaking on his focus for the next four years, Mr. Boasiako promised he will construct an astroturf for the youth to harness their football talents.

“If the president reappoints me, I'll construct an AstroTurf or a stadium because there is no recreational ground here, so I will want to bring some here for the youth to develop their talents,” he said.

He also promised to extend pipe-born water and electricity to some of the villages.

Mr. Boasiako assured of providing desks to all the various schools that are in shortage of furniture to promote teaching and learning in the Municipality.