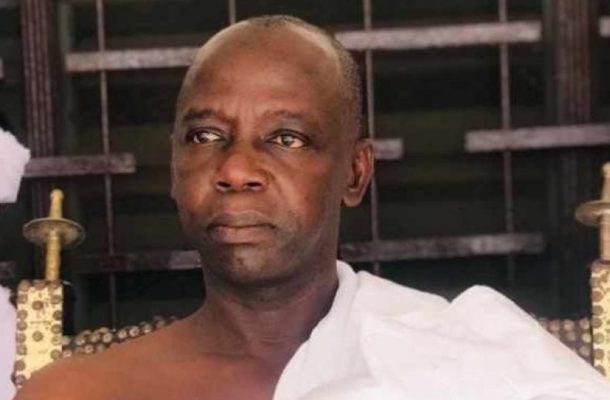 The Registrar of the Eastern Regional House of Chiefs is considering a police reinforcement to move the newly enstooled Nkwatiahene, Nana Boamah Ayiripe II out of the Chief's palace.

This was after the chief defied an order by the Judicial Committee of the Eastern Regional House of Chiefs to vacate the premises.

The order was issued in a ruling granting an interlocutory injunction application filed by the Queen mother of Kwahu Nkwatia, Nana Agyeiwaa Kodie II and nine (9) others.

"In considering the application therefore, Nananom will grant the application restraining the Respondents from dealing with or doing anything at the Chief’s Palace at Nkwatia on any manner or whatsoever pending final determination of this appeal," the ruling stated.

“However, in order to preserve the stool property affected by this dispute and in order that the Palace will be fully secured, Nananom hereby order the Registrar of the Eastern Regional House of Chiefs to take possession of the Palace until the final determination of the Appeal," it added.

A protracted chieftaincy dispute rendered the Kwahu-Nkwatia Stool vacant for three years after the death of Nana Atuobi Yiadom IV in 2016 who reigned for 60 years.

Nana Boamah Ayiripe II was eventually enstooled as Chief of Kwahu-Nkwatia in October 2020 by the Krontihene, Nana Odei Tutu Ababio and a section of the stool elders and kingmakers under heavily armed military and police protection.

The Queen mother, Nana Agyeiwaa Kodie II and nine other stool elders filed a petition against the Krontihene and four elders who selected, nominated and enstooled Nana Boamah Ayiripe II as Chief of NKwatia, challenging their traditional legitimacy in enstooling Nkwatiahene without her involvement.

She prayed the Judicial Committee to place a perpetual injunction restraining Nana Boamah Ayiripe II from holding himself as Chief of Nkwatia.

The petition was however dismissed by the Judicial Committee of Kwahu Traditional Council on October 16, 2020, and among others declared that Nana Boamah Ayiripe II was duly elected, nominated and enstooled therefore must continue with processes to swear an oath of allegiance before the Head of Benkum Division of Kwahu within three days from the day of Judgement and take steps to swear to the Omanhene of Kwahu Traditional Council which were done.

The Queenmother and the nine other stool elders lodged an appeal application at the Judicial Council of the Eastern Regional House of Chiefs and subsequently filed application for interlocutory injunction on November 20, 2020 against Nana Boamah Ayiripe II from carrying himself as chief of Nkwatia which has been granted in a ruling delivered on March 24, 2021 by the Judicial Committee pending the final determination of the substantive case.