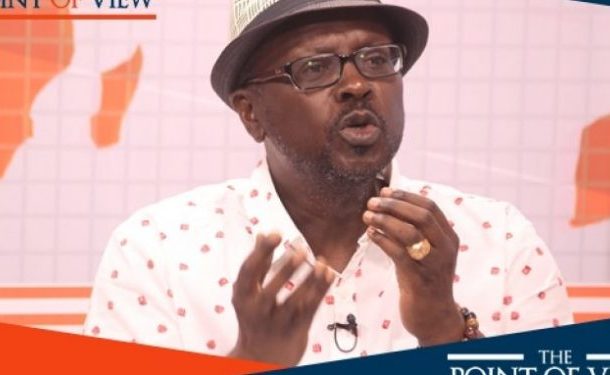 The recent discussions on Article 94(2)(a) have proven one thing — “allegiance to a country other than Ghana” is a very ambiguous phrase that has no fixed meaning.

In effect, everyone living in a particular jurisdiction owes allegiance to that sovereign, a not too surprising or profound concept, when one understands that allegiance simply means the obligation of fidelity and obedience which an individual owes to the government under which he lives, or to his sovereign in return for the protection he receives. Operationally, allegiance is the obligation to obey the laws of the jurisdiction and not to plot or act against it or to give aid or comfort to its enemies.

While naturalized citizens were protected by the King with the reciprocal presumption of owing allegiance to the King, it was understood to be a restricted relationship compared to the relationship with natural born citizens. As Blackstone explains it, naturalization, which can only be granted by an Act of Parliament, puts the naturalized citizen in exactly the same state “as if he had been born in the king’s ligeance; except only that he is incapable, as well as a denizen, of being a member of the privy council, or parliament, etc.”

This restriction then is the origins of the allegiance clause in the Constitution. Once that is understood, it becomes clearer that the Article 94(2)(a) disability, imposed on persons who owe allegiance to a country other than Ghana, is addressed to only naturalized citizens.

To understand the phrase and its proper scope, one must invest in understanding the common law or its origins as well as its history in our Constitutions. Article 94(2)(a) is not addressed to natural born Ghanaians whose allegiance is presumed to be primitive, virtual, non-divestible and permanent. Article 94(2)(a) could not have been reasonably addressed to natural born Ghanaians who acquired the citizenship of other countries because the Constitution, pre Act 527, did not even permit such a status!

Even where these natural born Ghanaians voluntarily swear allegiance to other countries, this act, under the common law, was deemed inchoate and inconsequential in terms of their natural allegiance. Therefore, the King could still impress British subjects who had naturalized in other countries into the royal force without any requirement for them to abjure their adopted allegiance. This maxim of law proceeded upon a general principle, that every man owes natural allegiance where he is born, and cannot owe two such allegiances, or serve two masters, at once. Thus, “once a British subject, always a British subject.”

Thus, for constitutional purposes, the issue with natural born citizens has always been whether to allow them to acquire or retain other citizenships (see 1957 and 1960 Constitutions) or to bar them from doing so (see 1969, 1979 and 1992 Constitutions).

The notion of barring natural born citizens from sitting in parliament, forming or leading political parties, sitting on Commissions (the equivalent of the privy council), such as EC, NCCE, PSC, Lands Commission, etc. has never been in the contemplation of our framers, viewed from either a subjective or objective purposive perspective. Such a bar is antithetical to the concept of birthright citizenship, which carries with it the privilege of full participation in the political space.

This explains why Article 94(2)(a) was largely dormant until the enactment of Act 527 to allow for natural born citizens to hold or acquire other citizenships. It also explains why the Judge, in Bilson v Rawlings, stated that even if it was assumed that the respondent had the citizenship of another country it did not follow that he was disabled from holding the office on grounds of owing allegiance to a country other than Ghana.

It also explains why on the enactment of the first nationality Act in 1957, which created Ghanaian citizenship, nobody was disabled from holding office by the allegiance language of Article 25(a) of the 1957 Constitution even though every Ghanaian retained his British citizenship under the British Nationality Act (1948).

The current allegiance conundrum arises because Article 94(2)(a), one of our prized colonial inheritances, is being applied to natural born citizens even though it was, as a conceptual matter, addressed solely to naturalized citizens in the jurisdiction where it emanated from and it was imported in our Constitutions under the same conceptual boundaries.

Of course, in England, Blackstone’s conception of allegiance, like its feudal ascendant, is of only historical importance and probably known only to some nerds of the law. Any citizen of the UK, a Commonwealth nation, or Ireland who meets the age requirement (18) can now run for parliament.

This abandonment, no doubt, facilitated by a changed world, characterized by global mobility, technology and a liberal conception of citizenship that recognizes that it is overlapping and portable rather than exclusive and territorial.

We need to divest this confusing, feudalistic allegiance phrase from the Constitution as Nkrumah did in 1960. Even the English who originated it to control the ownership of land and later to control men, for war purposes, have not just moved away from it but never used it as a weapon to exclude natural born citizens from the political space.

And the Americans have been even more vocal about it by asserting that “if there is any fixed star in our constitutional constellation, it is that no official, high or petty, can prescribe what shall be orthodox in politics, nationalism, religion, or other matters of opinion or force citizens to confess by word or act their faith therein.”

The offices of the President and Vice-President are limited to natural born Ghanaians already. That too is a policy choice based on reserving the highest office to only persons with natural allegiance.

In all cases, we should allow the voters and appointors to decide who to lead them with minimum burdens, based on demonstrable unlawful activities, such as commission of felony, mental incompetence or other acts of moral turpitude established by a credible Commission.

In no event, must we burden citizenship and disqualify citizens based on speculative wrongdoing, such as if there is a war between Ghana and Japan, we cannot be sure whether you will fight for Ghana or Japan. It takes an idle mind with too much time on hand to contemplate such hypotheticals! In any event why must it be assumed that a natural-born Ghanaian who is also a Japanese citizen would work against the interest of Ghana rather than the against the interest of Japan? Why can’t it be assumed that such a citizen will use his citizenship of Ghana to the benefit of Ghana? Why must it be assumed that all the potential conflict situations that single-citizen Ghanaians can find themselves in are not disqualifying but that faced by the dual citizen is?

We must take the citizenship of Ghana seriously. We must think of it not just a status but more important as a basket of rights, primarily political rights, and duties, mainly the duty to defend the Constitution, actively and passively (see Article 3). Above all, we must transition from the traditional allegiance view of citizenship to more modern conceptualizations, including strategic citizenship, that better explains our migration stories.

It is against all the principles of citizenship to have a class of citizens who cannot belong to the legislature, executive, the apex court, the key constitutional commissions, etc. and who cannot lead or form a political party.

Above all, we must reformulate our conception of dual citizenship and embrace the reality that we are a net exporter of skilled labour and that the acquisition of other citizenships, for many emigrants, is strategic rather than affective.

Therefore, I fully support Hon Kennedy Nyarko Osei’s (honorable MP of Akim-Swedru) bill to repeal Articles 94(2)(a) and 8(2) and their statutory offsprings.