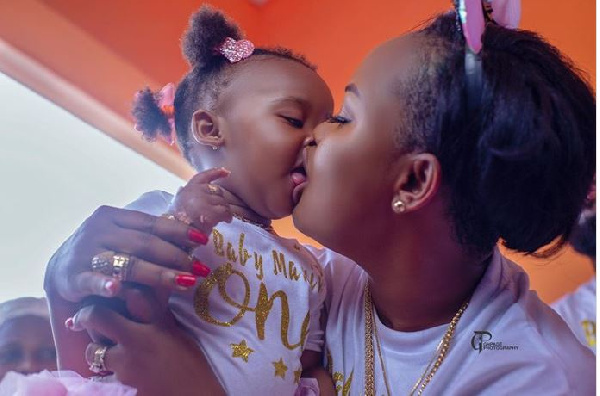 Dear Fox 5, I hope this piece finds you well.

I have seen a video from your outfit circulating on various social media platforms concerning one of our finest female actresses here in Ghana.

In the said video, your news anchors and their guests are seen with cringing and flinching faces simply because a mother who happens to be the famous actress in question is seen kissing and licking the fingers of her daughter when the kid was eating chocolate.

This obviously offended your feelings so much that, you couldn't wrap your heads around the fact that, the mother could be exhibiting what is merely too much caring and love to her daughter. You couldn't come to terms with the visuals you saw and could even opined that the mother's actions couldn't have been anything cultural when one of you suggested the possible cultural differences in your American society and that of Ghana.

Yes! that isn't cultural so we are sorry. That was too much for a kid let alone to be recorded. On her behalf, I will like to apologise to you for hurting your feelings.

But wait! What you do not know is that, how the American mother shows love and affection to the American kid is substantially different from what the Ghanaian mother does.

Our mothers necessarily do not need any standards from you on how much affection they can exhibit toward their babies. They have gone to the extent of using their mouths to clear our snotty noses when they were choked with mucus which sometimes made it difficult for their babies to breathe. I know you are even flinching the more. That's a 'no no' right? But they do and even more which I wouldn't bore you with.

You see, we have been cringing and flinching the more when some of you just as we do not see anything wrong with the video, act awkwardly when we see or hear about LGBTQ probably soon to hit XYZ in the next few years. I blench. I wince. I crouch and tremble. I have never also been able to wrap my head around the fact that it looks very normal to you that, a man can marry a man and a woman marrying a fellow woman too.

That isn't absurd or insane. That obviously means to you that, I have not broadened my horizon and haven't embrace civilization enough. But ironically, You are up there in civilization but can say all those crap you said on live tv. You have never accepted the fact that, LGBTQ you can add the rest, is alien to my culture. Just as I have apologised to you, I'm waiting for yours.

Sometimes your hypocrisy stinks and reeks too much. As to how you think that, your perspectives are the world standards baffles me a lot.
Let your personnel who comes on tv be aware of the different settings of life some of us are raised from and the difference in culture and socially acceptable practices.

Now to some of my fellow Ghanaian morons, who can not think for themself. Spare us these unnecessary attacks on Nana Ama McBrown. We know your silly ways of overstretching matters that concern our celebrities for them to look bad when the issues are just bogus or in some cases non-existent. We know this is coming from a "whiteman". But for ones have your own mind.