Kwasi Appiah saw something good in C.K that's why he was his assistant - Randy Abbey 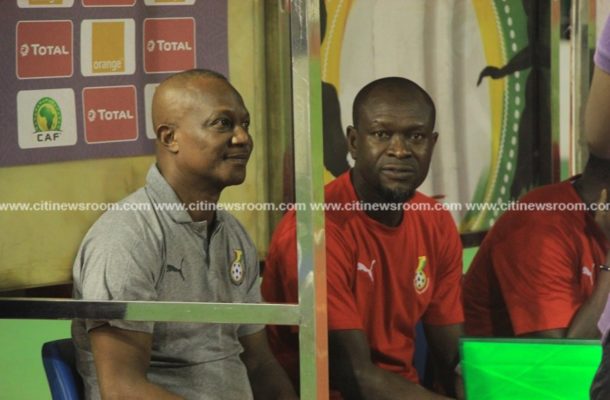 Executive Council member of the Ghana Football Association Mr. Randy Abbey has rubbished claims that the decision not to renew former Black Stars coach Kwasi Appiah's contrcat was borne out of some vendetta.

Instead majority of the members on the Executive Council were against renewing the contract of the former Ghana captain which elapsed on the last day of 2019 that is why they decided handing him an extension.

“The decision of the Executive Council was to look elsewhere after Kwesi Appiah’s contract expiration. The issue of local coach was high on the agenda concerning appointing a coach. Majority agreed we should look for a local within and we arrived at C.K Akonnor." he told Asempa Fm.

The President of Division one side Hearts of Lions has revealed that the appointment of a local coach was high on the agenda on the Executive Committee that was why they scoured the local scene for undoubtedly one of the young enterprising coaches on the scene in the shape of C.K Akunnor.

According to Mr Abbey the former Black Stars captain has the necessary clout and aura required to handle the senior national team since he has been a former captain, has handled all the top clubs in the country and was an assistant to former manager Kwasi Appiah during the last Afcon 2021 double header.

“Kwesi Appiah saw something good in CK Akonnor that’s why he even appointed him as his assistant” he added.