Lady, 22, commits suicide at Assin Dawomako after ‘pastor said she was a witch’ 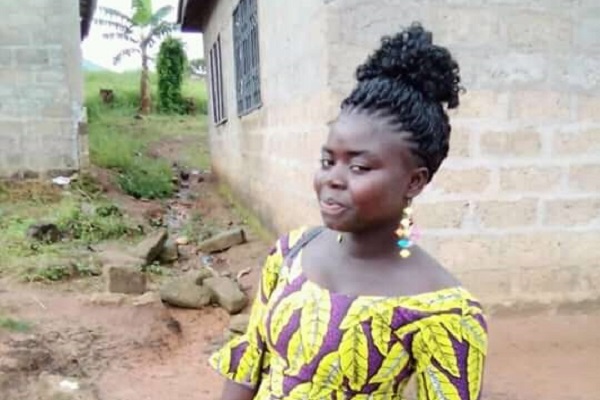 Judith drank weedicide after pastor accused her of bewitching her mum

Residents of Dawomako in the Assin South District of the Central Region have been thrown into a state of shock following the death of a 22-year-old lady.

According to a report filed by Rich FM's, Oscar Adawu Dadzie, the lady, Judith Appiah Kubi, locally known as Otengwaa, sadly consumed a chemical weedkiller (weedicide) to take her own life.

The unfortunate incident, the report says, occurred after a family pastor accused her of being a witch.

Adawu Dadzie reported that following the claims, Otengwaa was stripped naked and marched through the principal street of Assin Dawomako.

He said the deceased's mother, madam Faustina Akyie, commonly known as sister Akyie, threw her out of her house after the pastor, Prophet Opoku Agyemang convinced her that her daughter was the cause of her predicaments.

"So out of pain, depression and stigmatization, the deceased dropped out of school, left the town for Assin Fosu and became a street girl." the report said.

It added that her uncle, Mr Kofi Osei, popularly known as Agya Sei later adopted her and put her in an apprenticeship.

Oscar Adawu Dadzie said on Monday, the deceased was subjected to name callings when she called her mother on the phone to reconcile with her.

He said the mother insulted her and threatened that she will disclose to the deceased's landlord that she was a witch and that he should eject her from his house before she spiritually collapses his business.

The report said, "out of pain, the deceased committed suicide by drinking weedicide (gramozone)."