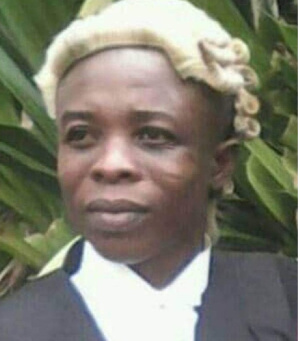 A Ghanaian lawyer has been short dead by suspected armed robbers on the Bole-Bamboi highway in the Savanna Region.

The Accra-based lawyer Richard Badombie, was reportedly killed by the robbers while travelling to Jirapa in the Upper West Region with some relatives on Saturday, 28 May 2022.

The robbers, who emerged from the bush, stopped the vehicle in which the lawyer was travelling between Banda Nkwanta and Nuoyir.

One of the robbers shot at the lawyer, who was driving the vehicle at the time of the incident.

The car had veered off the road and hit a tree when the robbers attempted to open the doors of the vehicle.

However, a dog in the car barked at them and they fled.

Until his demise, the deceased was a lawyer with Lartey, Badombie & Co. Associates in Accra.

The Police have since begun a search for his killers.