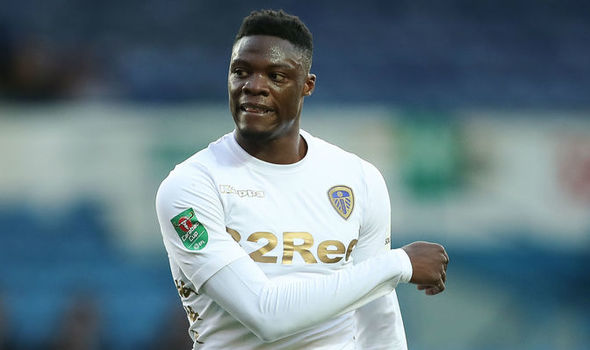 Leeds United fans have taken to social media to voice their opinions over the sale of Caleb Ekuban to Turkish Super Lig side Trabzonspor.

The Ghanaian forward joined the Turkish outfit on a season-long loan move in the ongoing transfer window.

The Black Sea-Based have also secured the option to make the transfer permanent next season.

The 24-year-old moved to Elland Road last summer from Chievo in a high- profile move and played 21 times for the Championship club.

He managed only two goals for the club - one on his debut in a EFL Cup win over Port Vale and the other in a 2-1 win over Bolton in March.

Despite his disappointing return in front of goal, majority of Leeds United fans have expressed sadness over his departure and wished him well on his new adventure.

Best of luck to Ekuban on his loan move.
Ran his heart out every time he played and hopefully can go find his goalscoring touch over there and come back stronger.#lufc #mot
— RyanC (@RyanLUFC92) August 29, 2018

It's a shame it didn't work out for Caleb Ekuban at Leeds but wish him well on loan at his new club?#lufc #mot
— Ryan (@LeedsUtdRyan) August 29, 2018

Hope it goes well for Ekuban at Trabzonspor ? he seems like a genuinely nice lad, who has always worked his socks off #lufc
— Risdale's Goldfish (@yeboahsbigtoe) August 29, 2018