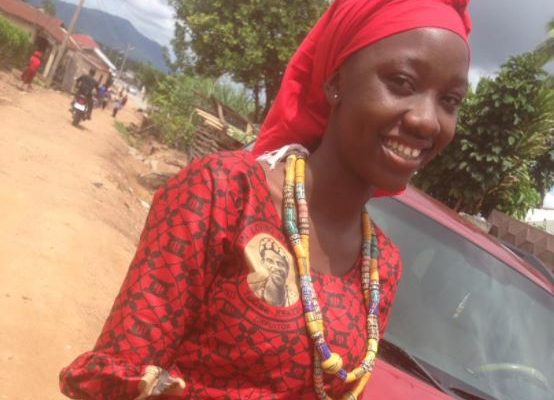 Mama Atsemsi II, Sohenyornufia of Dzolo Gborgame in the Ho West District of the Volta Region is advocating for the revival and promotion of puberty rites in the Ghanaian Society .

The queen mother in an interview with Akakpo Agodji, reveled that she has noticed that puberty rites is fading out in most of the communities in the Country and  has been worried to her since she has read a lot about puberty rites and the value it adds to young ladies before they transform to adulthood and ready for marriage .

' I hope you will agree with me that after child naming the next thing Reference our culture and tradition is puberty rites but it is rather unfortunate that the said special traditional rite is gradually fading out in our society in recent times, puberty rites is a special rites perform to prepare young ladies into adulthood and ready for marriage, during the said rites the young ladies are been thought a lot of things by elderly women to prepare them well as good women when they get into marriage, during the said time they are thoughts a lot including the traditional dance of where the one is coming from , they are thoughts the culture and tradition of the community , they are thought how to become a good women, they go through ritual bathing and also they are requested to sit on a stone which is believe to determine either the young lady is a virgin or not ?

Mama Atsemsi II further explain that this rites actually add value to the young ladies and as well put some fear into them when they are young and because of the fear of the stone to proof that they are not virgin they will not involve in sexual activities till they undergo the rights and add the said value to their self's and pride to their family as well.

"I know if puberty rites is been revive in our society once again it will really help us all as people , it will help bring down the high increase of teeange pregnancy in our society , high rate of indecent dressing by young ladies in recent time , it will help make men respect our young ladies when they get into marriage because the man is aware of the value on the young lady by going through the puberty rites and other benefits that will sanitize today's modern world". She further revealed.

Mama Atsemsi II noted that even though she has not been a beneficiary of puberty rites because of her age and at the time she was growing up the rites was no more taken place in her area but she has read a lot about it and was also told a lot and she is very much convinced that the need for it's revival and promotion . She commended the Krobos for still holding on to the prestigious DIPO rites which she believes must save as motivation for other communities to revive and promote theirs.

According to her, she will lead a very strong campaign and as well advocate for the revival and promotion of puberty rites in the Ghanaian Society !

' I have taken it as one of my priority to stage a strong campaign and advocate for the revival and promotion of puberty rites in our society , I will do my best to rally my fellow Queen Mothers across the country to join this campaign and advocacy and I know they will be more than happy to support this Agenda and at the end of the day we shall all win together !

Mama Atsemsi II however appealed to all Queen Mothers in the country to help revive and promote puberty rites in their various communities.