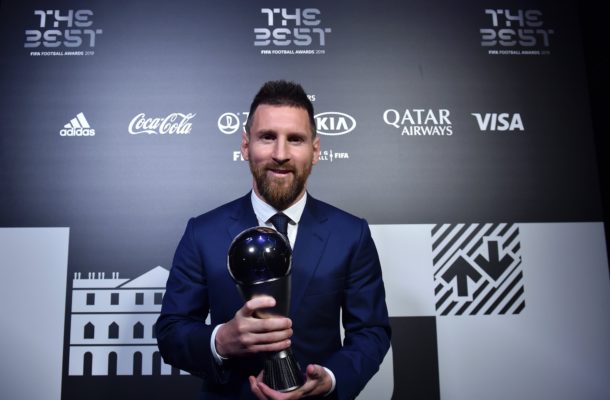 Barcelona talisman and skipper Lionel Messi has been announced as the winner of FIFA’s The Best Men’s Player of the Year.

The Argentine forward beat Virgil van Dijk and Cristiano Ronaldo to the award, which was announced at a ceremony in Milan.

The 31 year old has enjoyed yet another remarkable year and he continues it by winning The Best award for the first time in his career.

Messi’s triumph returns some sense of normality to football’s standings, with their duopoly broken last year by Luka Modric.

All three players were shortlisted following their respective achievements in 2018/19.