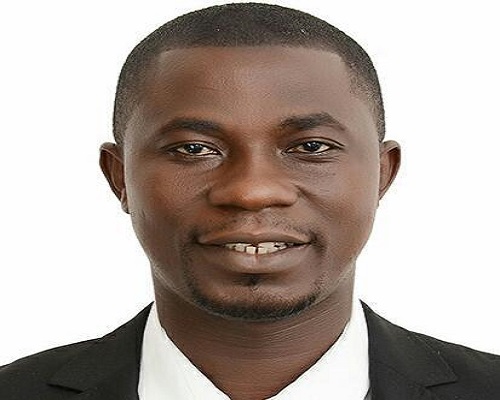 Member of Parliament (MP) for the Ashaiman Constituency, Ernest Henry Norgbey has contradicted the narration by the Ghana Armed Forces on the killing of a resident in the area yesterday, insisting that deceased did not deserve the disproportionate use of force by the soldier which eventually led to the death of the man identified as Mr Eric Ofotsu( alias No Yawa).

Mr Norgbey insists that Mr Ofotsu died from the action of a trigger-happy soldier.

His assertion is in sharp contrasts to the position of the Ghana Armed Forces that Mr Ofotsu died while he was attempting to disarm a soldier who had attempted to arrest him, leading to the soldier’s gun accidentally going off.

Mr Norgbey is, therefore, calling for independent investigations into the killing and appropriate punishment for the erring officers.

I have received with shock and outrage news of the cold-blooded killing of Mr. Eric Ofotsu (A.K.A. No Yawa), a constituent of mine in his mid-thirties who was allegedly shot by a military officer working to ensure compliance of the President’s COVID-19 lockdown directives.

As Member of Parliament for the Ashaiman Constituency, I condemn in the strongest possible terms this barbaric and wicked act of a trigger-happy military officer.

Information gathered from the scene which I have no basis to doubt and contrary to the claims contained in the Military’s statement suggests that the deceased did not warrant this inhumane and disproportionate use of force from a professional military officer whose training demands a far worthy example.

As much as the life of this young innocent gentleman cannot be brought back, I demand with immediate effect thorough and independent investigations into circumstances leading to the death of this young man.

We are also calling for the withdrawal of the trigger-happy soldier and all his colleagues on duty as at the time of the incident with immediate effect. This would be useful in managing tensions and preventing any further escalation.

I wish to commend the good people of Ashaiman for exercising great restraint in the face of needless provocation.

We in Ashaiman are disappointed in President Akufo-Addo who is Commander-in-Chief of the Ghana Armed Forces for his unacceptable silence on this major development when he addressed the nation on Sunday night, particularly as he sought to downplay the many incidents of human right violations and unwarranted excesses by security personnel enforcing his lockdown directives. A situation which the Commission on Human Rights and Administrative Justice has had cause to publicly condemn.

May I add that as much as many military officers have been quite professional in enforcing the lockdown, I would want to decry the manner in which some unscrupulous few are bringing the much respected image of the Ghana Armed Forces into utter disrepute.

I reiterate our demand for an independent investigation and swift sanctions for those who would be found culpable.

In the meantime, I urge calm and plead with the youth who are currently agitating to exercise patience and wait for the outcome of investigations.

We shall not rest or be silent until justice is secured for the family of Mr. Ofotsu and for my constituents.

May the Good Lord accept the soul of Mr. Eric Ofotsu especially on this holy Palm Sunday.