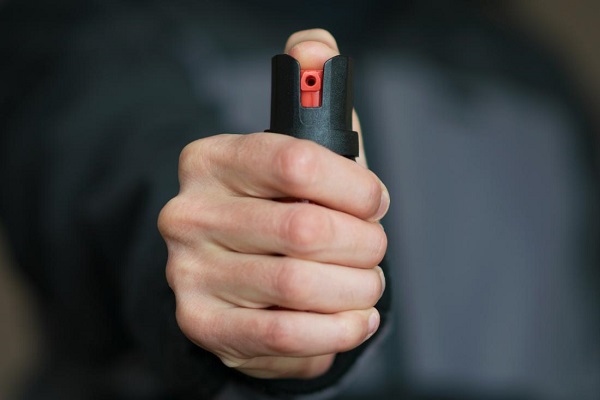 A 22-year-old passenger in a taxi has been arrested after he allegedly pepper-sprayed a policewoman in Ghana’s capital, Accra, DailyMailGH.com has reported.

The incident occurred on Friday, April 10, at Zongo Junction at Abossey Okai, when the on-duty officer was enforcing lockdown rules.

A police incident statement sighted by Dailymailgh.com named the suspect as Osman Amadu.

Police in Accra said on Tuesday that the suspect, who was onboard a taxi cab was stopped and questioned by the victim about his movement.

“The suspect, who became furious without any provocation, sprayed a liquid substance which was in a small plastic bottle into the eyes of the policewoman,” the Police Service said.

The victim’s shout for help attracted onlookers and a witness, who came to her rescue. The suspect was immediately arrested and sent together with the liquid substance to the Kaneshie Police Station for investigation.

The suspect, who admitted to committing the offence, said he did not know what came over him.

“He is being processed for court on counts of assault on a public officer and violation of the Restriction Imposition Act”, the police stated.

The substance, according to the police would be forwarded for laboratory examination. At the time of filing this report, the policewoman who attended medical care with swollen eyes had been referred to eye specialists for further treatment.

Ghana announced a partial lockdown in its major cities as a measure to curb the spread of the Coronavirus.

At least 406 persons have been arrested as a joint police and military team enforces the directive.

The country’s Covid-19 status currently stands at 636 with eight deaths.