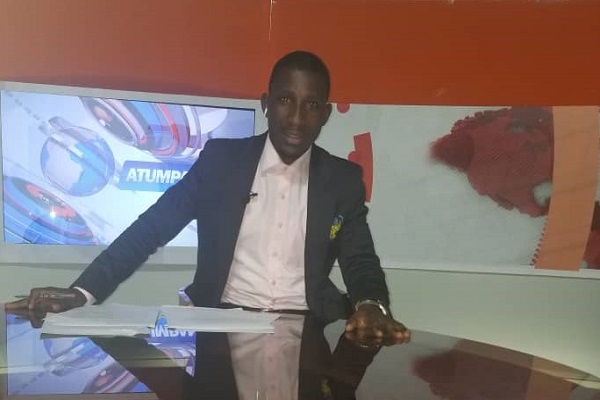 All attempts by the President, Nana Akufo-Addo to crave the indulgence of security personnel in the country to be patient and professional while enforcing the lockdown, seem to have fallen on death ears, as a TV African journalist has savagely been assaulted by a uniformed military man.

The unexpected incident happened on Friday, April 10, 2020 at Olebu in the Ga Central Municipality of the Greater Accra Region, when Samuel Adobah, was carrying his journalistic duties.

Apparently, Mr. Adobah had been assigned at the Olebu community to cover a fire outbreak incident.

Whiles on his duty, men in military uniform onboard an ‘Operation Calm Life’ vehicle with registration 49 GA 68 arrived to drive members of the community who had gathered at the scene away in accordance with the lockdown rules.

Whiles on the floor, the officer pounced upon him and handed him severe beatings. Not even the plea from residents who shouted “he is a journalist” could stop the “soldier” from perpetrating the act. He rather took Mr. Adobah’s phone from him, smashed the screen on the floor and trampled on it several times, damaging it completely.

Soon after meting out the brutalities, the military men jumped into their vehicle and sped off. It took the intervention of the residents to lift the victim up from the ground. 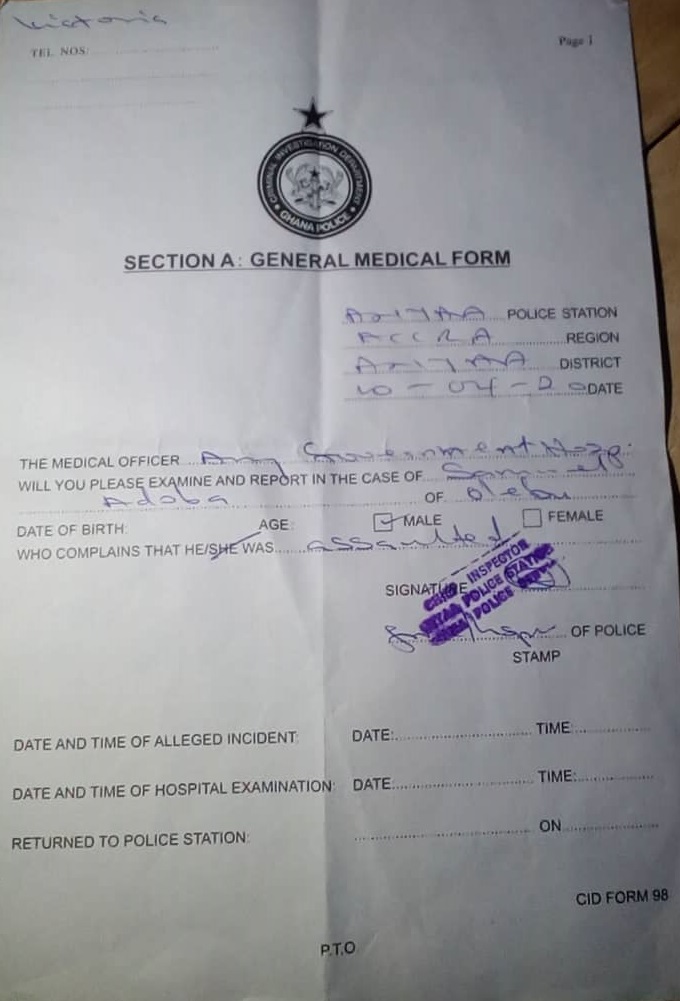 Mr. Adobah who complained of severe headache and bodily pains from the beatings has since visited the hospital treatment and is recuperating.