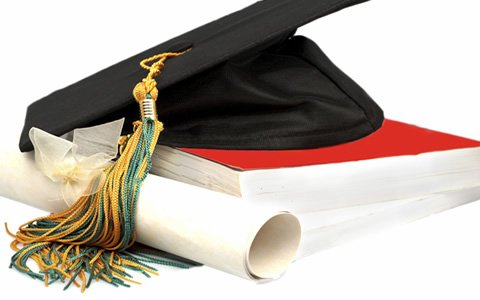 The school’s Director of Programmes, Shadrack Yawnan, explained on Joy FM’s Super Morning Show Tuesday, the school has been insisting that the recipients of honorary degrees are not to add PhD to their documents because the award is not academic.

The school has been enbroiled in controversy after a Graphic reporter Mabel Aku Banasseh received a letter asking her to part with $4,000 as a condition to participate in a two-day seminar and walk away with an honourary Doctorate degree.

The fee cover tuition, course materials, a Master Class Certificate, lunch and snacks during the sessions at the MJ Grand Hotel in East Legon, Accra, managers of the awarding institution explained.

But in a live telephone conversation on Joy FM’s Super Morning Show Tuesday, the Director of Programmes dismissed reports that the conferment of the Doctorate of the Doctorate depends on the payments.

He said any offer of such a doctorate is not authentic and suggested that the offer cannot be coming from his Graduate School.

He explained that if a person provides reasons why he is unable to attend the two-day seminar, he will be exempt from paying the fee and still be considered for the honorary degree.

He explained that anyone seeking an honorary doctorate can however submit documents justifying why he is deserving of it.

The documents will be processed and a Board will sit and determine the suitability of the candidate. Shadrack Yawnan explained that the doctorate is for entrepreneurs and ‘matured people’.

The London Graduate School is the administrator of the Commonwealth University, he said.

He said the School runs distance-learning degrees and therefore does not need accreditation in Ghana. He explained that the School is accredited by the International Association for Distance Learning